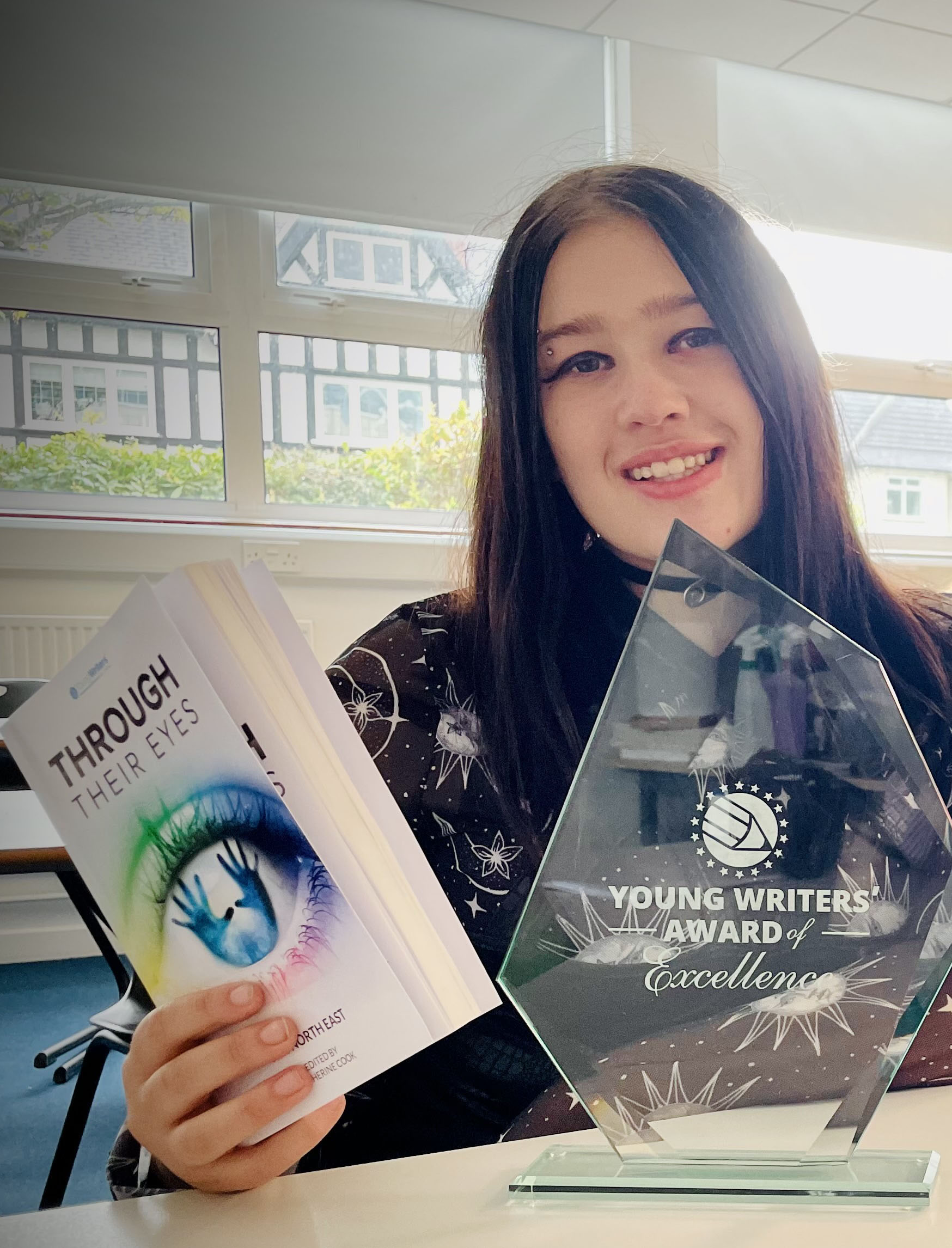 Congratulations to the College’s Creative Writing Club who have secured top prize in a national writing competition. The Young Writers’ Award of Excellence was awarded to the College for students’ contributions to a poetry anthology entitled ‘Through Their Eyes – North East’ with the collection featuring imaginative poems from someone or something else’s point of view. QE’s winning poems were judged as the best set received from over 25,000 entries from 900 schools nationwide and feature in the anthology which is available to purchase.

Georgia Dowse, one of the winning students, comments: ‘I did not expect to win this award, however it’s great to be recognised for one of my passions. I would recommend creative writing to everyone; it’s such a creative and therapeutic interest!’ Paul Heselton, Course Leader for English Language at QE, adds: ‘I’m incredibly proud of the work produced by the students featured in the anthology who have since gone on to a range of undergraduate courses, including Creative Writing. It was wonderful to re-read through their poems and see how the concept of ‘Through Their Eyes’ captured their imaginations’.