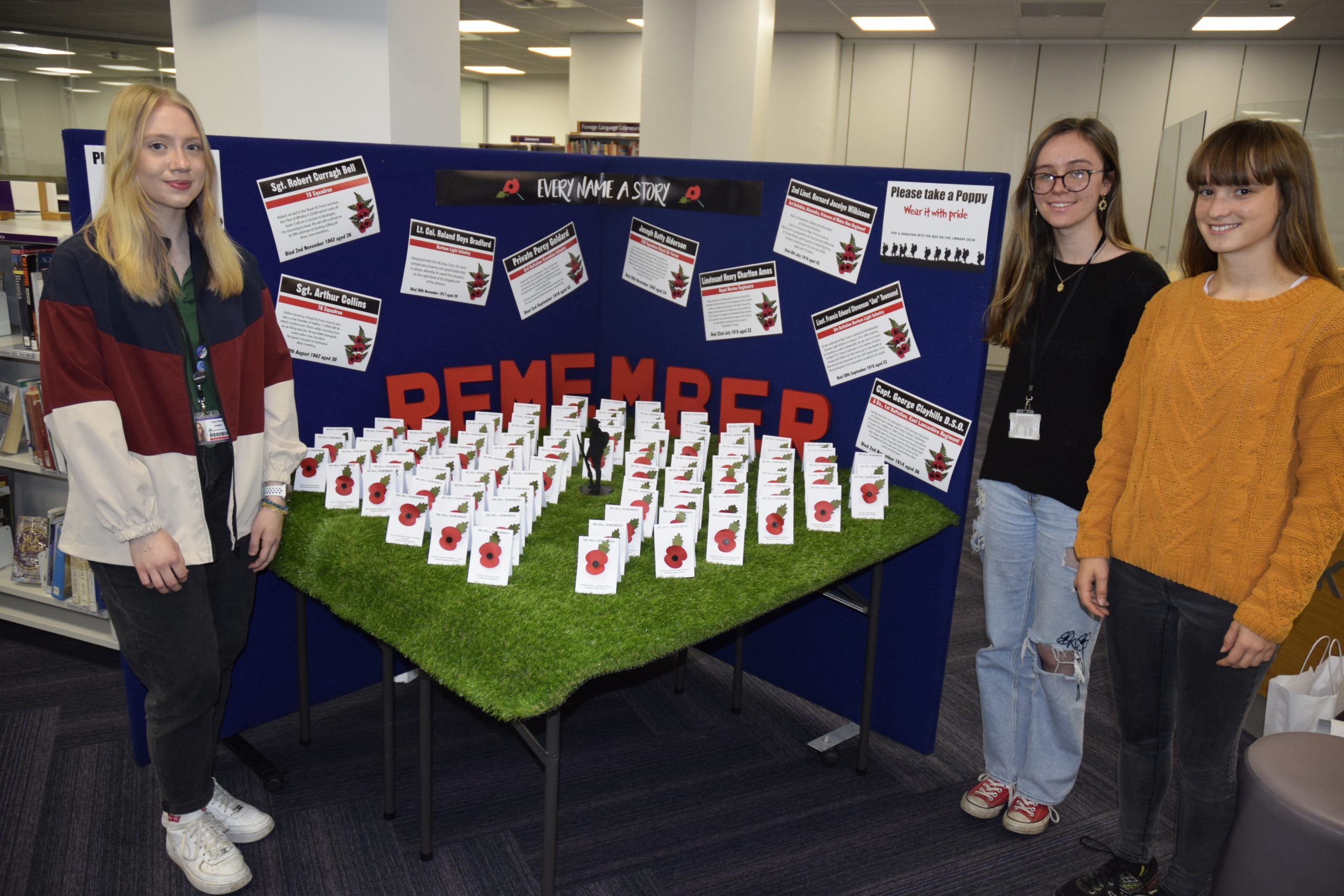 Students at QE have created a moving poppy display which honours Darlington soldiers who lost their lives during World War I and World War II.

The theme of the display is ‘Behind every name, a story’ and each poppy is named in memory of a Darlington man who died during the world wars. When an individual buys a poppy, they are given a card with the name of a local soldier and his story. Each story contains details on the soldier’s regiment, where they lived, what they did for a living and sadly, the age at which they died.

Nancy Wall, Student Services Co-ordinator at QE, comments: ‘We’ve made the display as not many young people are aware of the wars and how many lives they touched. Many Darlington men were killed in action, and many were wounded and had to live the rest of their lives bearing the physical and mental scars of war. For those of us born during peacetime, all wars seem far removed from our daily lives. This was our opportunity to show our respect for those who gave their lives to allow us to live as we do, and to pay our respects to the men of our town who made the ultimate sacrifice.’

The display will be in QE’s Library until Remembrance Sunday (Sunday 14th November).