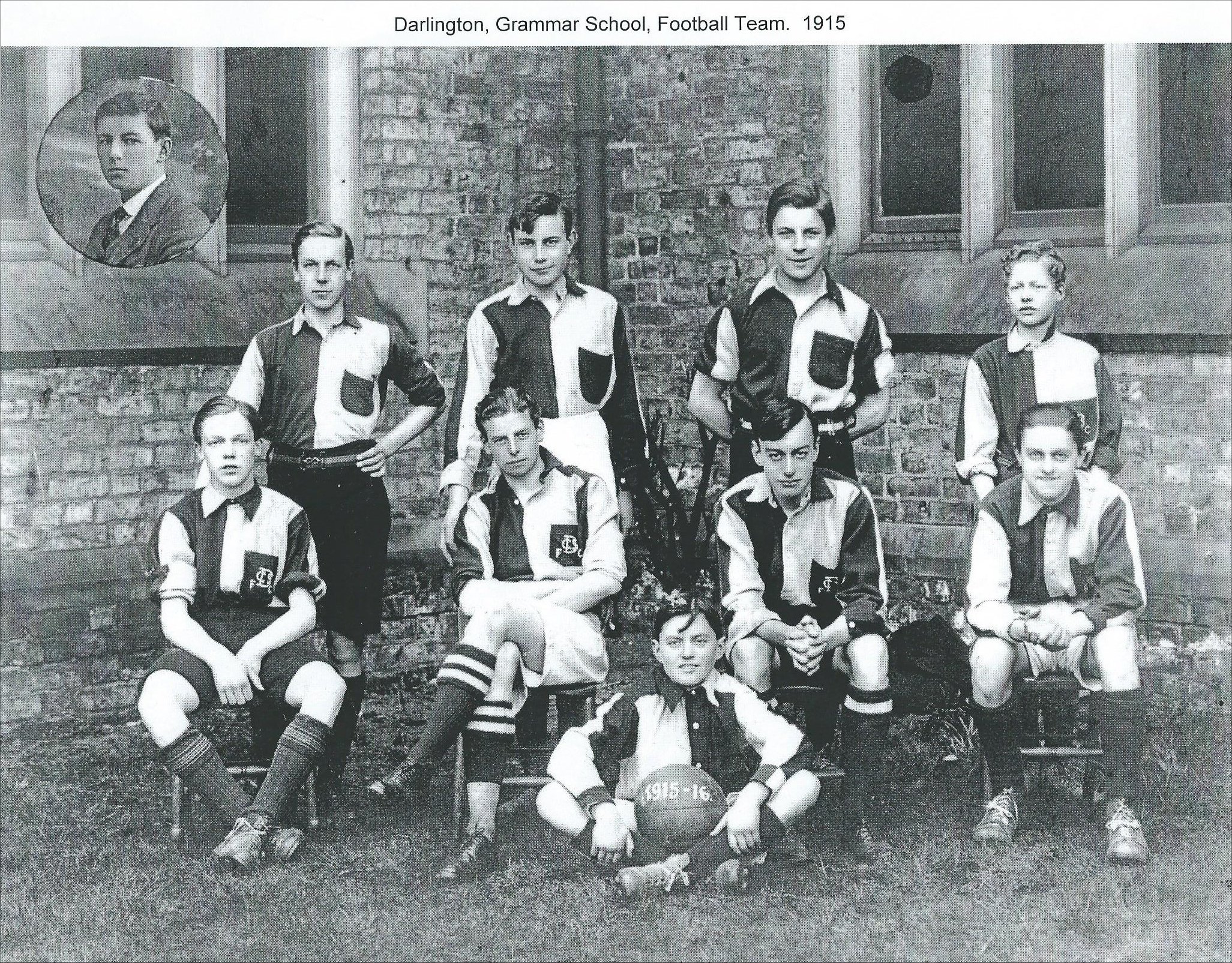 This year sees the centenary of the outbreak of World War 1 and QE is joining with the rest of the nation to commemorate the event which did so much to change the world we live in.

A range of events have been organised by staff and students to raise awareness. The College’s History Club has had two sessions focussed on World War 1. The first, entitled ‘Glimpses of the Western Front,’ highlighted warfare in the trenches, the appalling conditions and loss of life. The second session, held last week, focussed on the history and work of the Royal British Legion with ex RAF officer, Robin Ellwood talking to students about the Legion, the significance of Poppy Day, and his and his family’s experiences of war.

In the Library there is a display showing the impact of the war on QE, then the Darlington Boys’ Grammar School.  Local historian Dennis Perkins has written a leaflet for the College, especially for the War’s centenary year (see QE website qeliz.ac.uk).   Around College there are artefacts and constant reminders of World War 1. The stained glass windows in the Hall commemorate the founding of the school but were installed at a dedication ceremony in 1921 as a war memorial. Between the panes are memorial boards for World War 1; in the corridor by the ‘Space’ are the school’s honours boards with a Maltese cross next to the names of those who died in the Great War.

Throughout the College, Departments have organised displays to link with the centenary. In the Popular Music Studios posters flag up the black Jazz musicians of the Harlem Hell Fighters; in the Sport & Leisure corridor there is tribute to athletes of the era; Business Studies and Economics have focussed on the work of women during the war and other economic aspects while the Law Department has highlighted Acts of the Realm.  English has looked at the work of war poets such as Wilfred Owen. There’s so much going on…….

As usual, at 11.00am on Tuesday, November 11 there will be 2 minutes silence in College commemorating the signing of the Armistice. On Wednesday, November 12 QE’s Christian Union is organising a service of remembrance featuring the College Choir, the reading of a remembrance poem and an address by a member of the Armed Forces.

Julie Ashmore, Head of English Literature, has done much to raise awareness of the centenary and its significance. She says:

‘It’s such a momentous event that I wanted to encourage each subject area to mark it in their own unique, individual way and it’s been a real success. The impact of World War 1 on the cultural resonance of today’s young people is enormous and it is important that this is acknowledged and that we learn from the past.’

Attached is a  photograph of the  Grammar School Football Team 1915-6 which brings home how pupils could die in war very shortly afterwards. John Worstenholm (standing on the left), whose father was editor of the Northern Echo, was killed in 1917, whilst Harold Easby (second from right sitting) died the following year. The names of both appear on the College’s honours boards with a Maltese Cross beside them.

“This photograph of the School Football Team of 1915-6 possibly brings home how pupils at the school could die in war very shortly afterwards. John Worstenholm (standing on the left), whose father was editor of ‘the Northern Echo’, was killed in 1917, whilst Harold Easby (second from right sitting) died in the following year. The names of both appear on the honours boards in the corridor outside with a Maltese Cross beside them.”