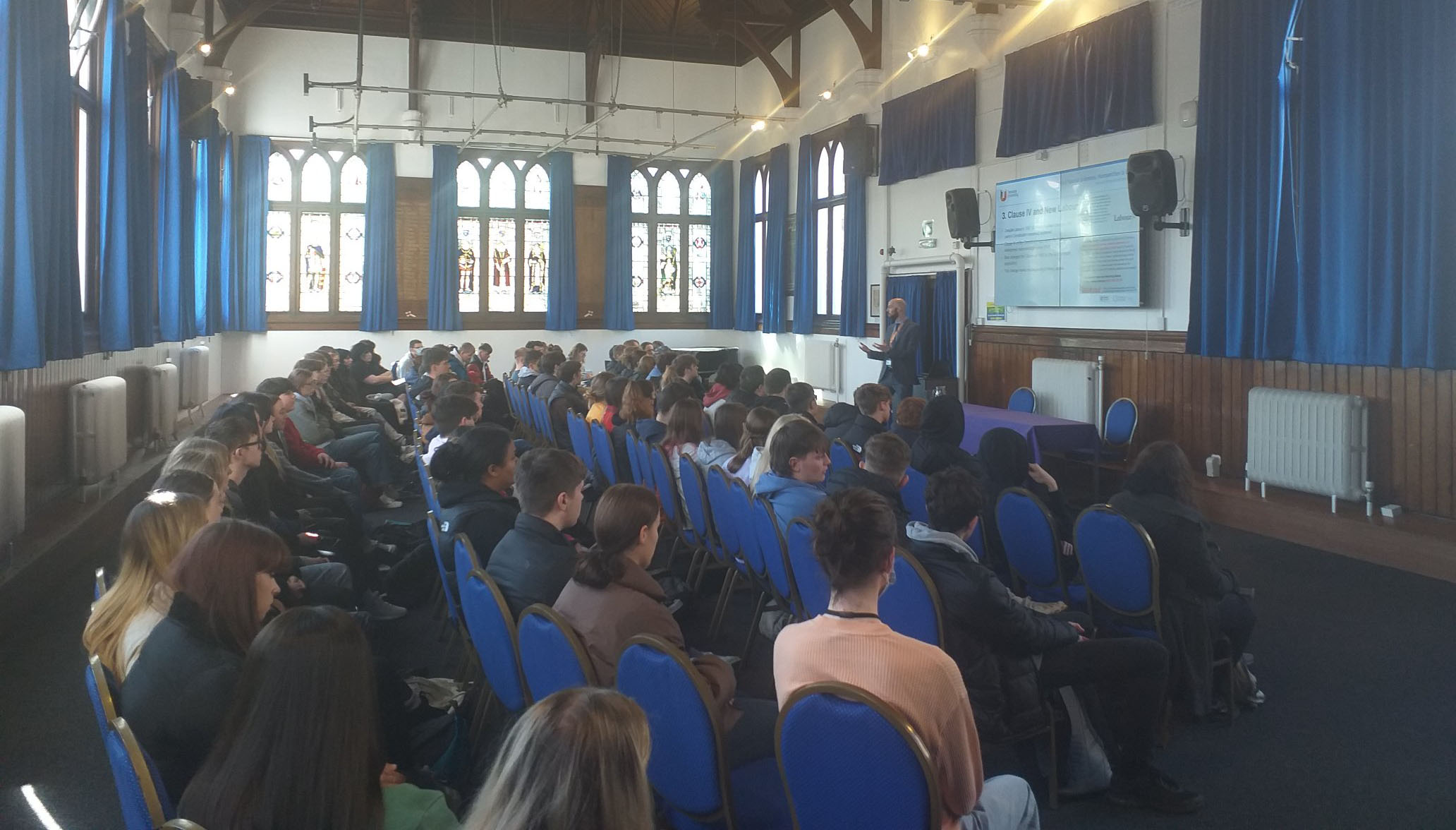 A Level Politics students from QE have enjoyed a taste of university teaching courtesy of a special lecture given by Dr. Chris Massey from Teesside University’s Politics department. Chris, who spoke about his research on the Labour Party and its prospects for the future, has written ‘The Modernisation of the Labour Party’ and a biography about Lord Sawyer who is from Darlington and whose grandson was in the audience. During the lecture, students were encouraged to think about the similarities and differences between Tony Blair’s approach to the 1997 general election and current leader Sir Keir Starmer’s challenges ahead of the next election. Chris also touched on a range of topics that students have been studying as part of their A Level course with second year student, Tom Woodcock, describing the event as ‘a really useful contribution to my revision’.

A Q&A session followed the talk with Chris arguing that Labour needs a ‘big idea’. When asked by second year student, Will Lochrie, what this idea should be the answer, for Chris, is a Universal Based Income. Looking back on the lecture, second year student, Joe Thomas, comments: ‘The event provided a great insight into the kind of teaching offered at university’. Tony Dabb, Course Leader for A Level Politics at QE, concludes: ‘We’d like to thank Chris for coming into College and speaking with our students. They have found the session very useful and we are already planning another opportunity for students to work with Teesside University’s staff in the near future, this time looking at political ideas’.