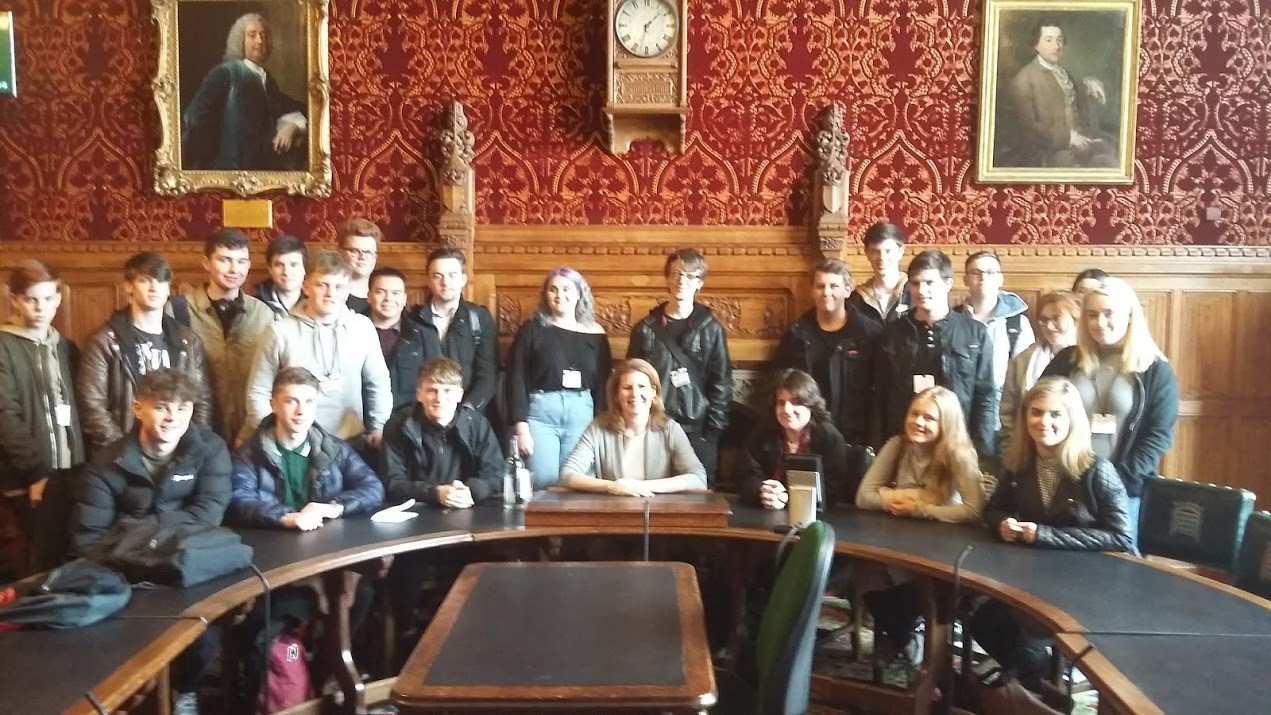 Politics students from QE made their annual visit to Parliament on the same day that Theresa May gave a statement to Parliament about the triggering of article 50.  Students were confronted with the challenges of modern politics in Britain as soon as they exited Westminster Underground where they saw flowers laid in Parliament Square in tribute to those killed in the previous week’s terror attack.

The group spent time spotting famous news anchors among the ranks of media on College Green before taking a tour of the Palace of Westminster with Cliff, our entertaining Parliamentary guide.  Our budding politicians of the future were able to stand among the red benches of the House of Lords and consider the role played in recent weeks by the Upper House. Student Kieron Warren commented, “Seeing and hearing about the work of the House of Lords really brought it to life.”

Then it was time to talk politics.  Former QE students, Josh Newton and Katie Weston, now both working as Parliamentary researchers, told the current students about how Politics had helped them find fascinating work in the real business of decision-making. The main event of the day was a one hour session of question and answers with Darlington MP Jenny Chapman who very generously gave up her time at an especially busy period, given her position as Shadow Minister for Brexit. As usual, she gave excellent value, responding to our students’ questions with candour and a willingness to engage in debate.  Over the course of the session the discussion ranged from whether Labour failed to oppose Brexit to the challenges for Labour’s leadership and to her views on drugs policy, Darlington’s hospital and the surveillance of Whatsapp. Chris Hewins, one of the Politics students, said “It was great to talk to Jenny Chapman about the things we’ve been studying in class.”

Leaving Parliament, students had the opportunity to have an impromptu chat and photo-opportunity with political legend, Dennis Skinner MP.  “He was inspiring”, said first year student Michael Horner.  A short walking tour, taking in a quick peek at Downing Street, Whitehall’s offices of state, and the street performers in Leicester Square rounded off the day before taking the train home for a journey which was marked by heated political debate.