QE Politics Students Meet the Leader of the Green Party 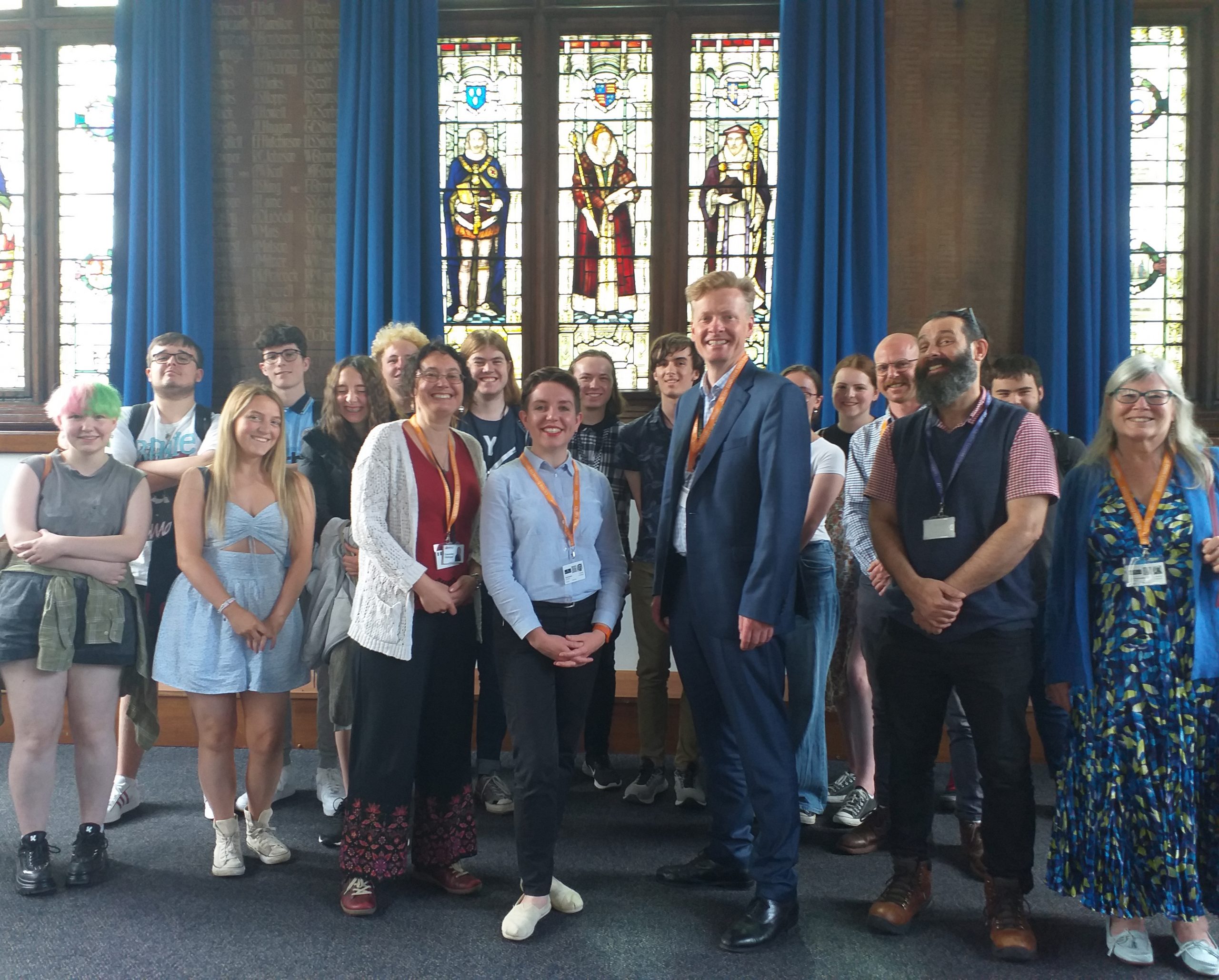 A Level Politics students from QE have put questions to one of the country’s leading politicians in a lively Q&A session. Carla Denyer, co-leader of the Green Party in England and Wales who was elected in October, visited the College and spoke to around eighty first year students about a huge range of topics, from the Party’s political stances to current issues affecting the British population. Eleanor Westlake, who studies A Level Politics, History and Psychology, kicked off the discussion by challenging the Bristol-based politician about whether she thought sustainability was realistic when the country was experiencing a cost-of-living crisis. Bailey Marshall, who is enrolled on A Level Politics, Film Studies and Psychology, followed this with a question on nuclear power and its potential role to play in decarbonising energy production. The Green Party leader responded that she is pragmatic about nuclear power and the possibilities it provides to move away from a dependence on coal and Russian gas.

Students later quizzed Carla on several other talking points, including whether the Green Party should target younger or older voters. Carla also spoke about the experiences of the Greens in Bristol where they have captured dozens of council seats, which she argued could provide a platform for the Party to win its second seat in Parliament. The final question of the day came from William Booth, a student of A Level Politics, Business and Travel and Tourism, who asked how the Green Party tackles issues which may not be directly related to the environment, such as the Government’s new Policing Act and Nationalities and Border Act. In her answer, Carla defended people’s right to protest and discussed the role that Green Party peers have played in the House of Lords in persuading other members to vote with them.

Looking back on the session, Maya Watson, who studies A Level Politics, English Language and Law, comments: ‘Before the event I hadn’t really thought about the impact that the Green Party could have on politics, but I’m now much more aware’. Tony Dabb, Course Leader for A Level Politics at QE, adds: ‘Students were really positive about having met Carla and being able to engage with her. We’d like to thank Carla for taking time out of her busy schedule to visit the College and give our students a valuable insight into the world of British politics’.