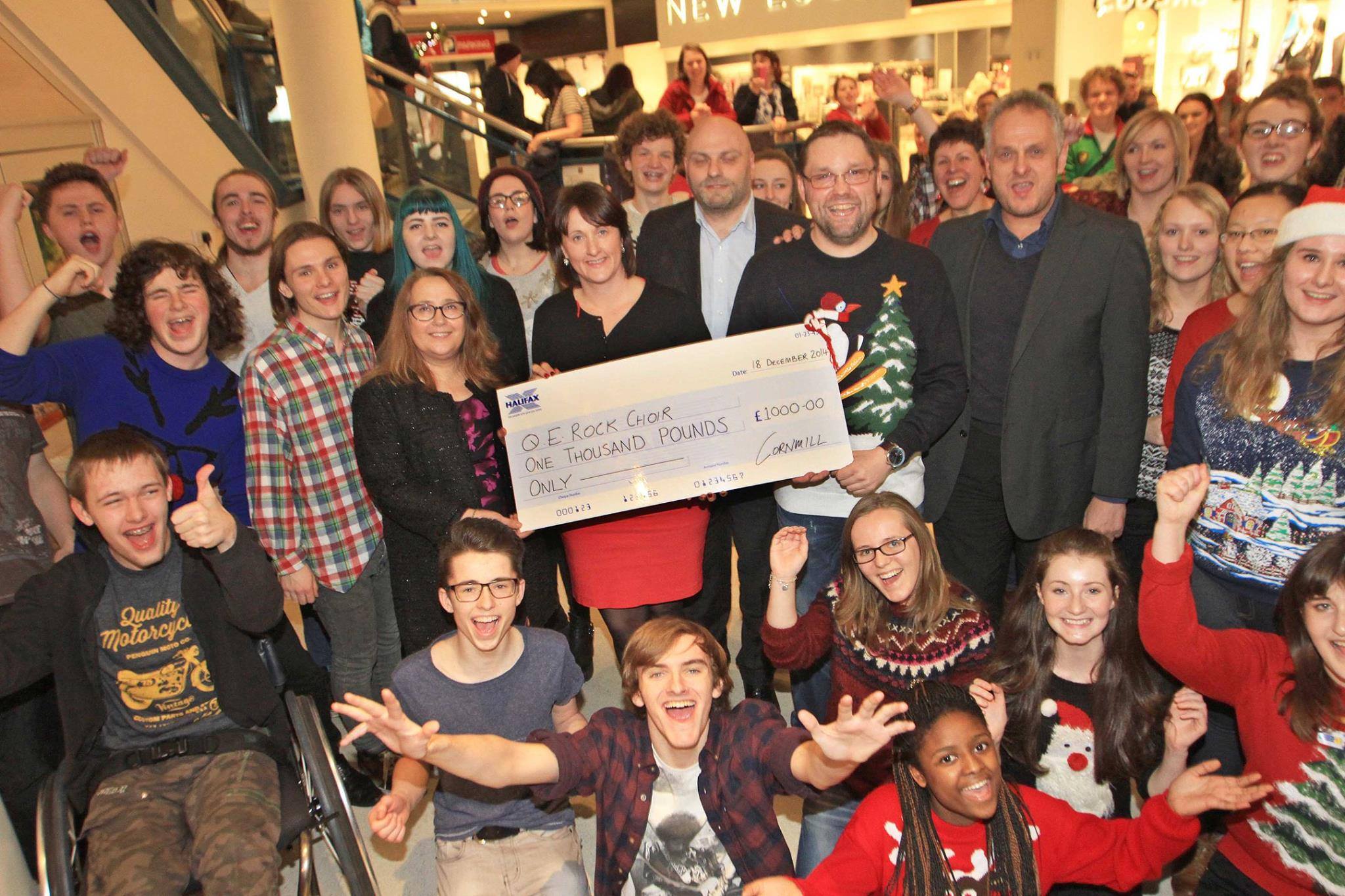 Our Rock Choir clinched the surprise prize with their rendition of Madonna’s ‘Like a Prayer’ to win the Cornmill’s Chorus – Sing to Win! contest.

The 30-strong choir, which specialises in contemporary pop, rock and jazz music, also scooped £1,000 as well as the chance to perform at the town’s Christmas light switch on next year.

However, the opportunity to perform with Russell Watson at Darlington Civic Theatre was an unexpected bonus following their star performance in front of crowds at the town’s Cornmill Shopping Centre.

QE fought off stiff competition from runners-up Willow Green Songsters and Page2Stage Sing Stars who had all made it through to the final after three weeks of heats involving 12 choirs from across Darlington and the surrounding area.

Steve McGarvie, head of music at QE, said: “It’s been a brilliant event and we’ll hopefully be back next year to defend the title.