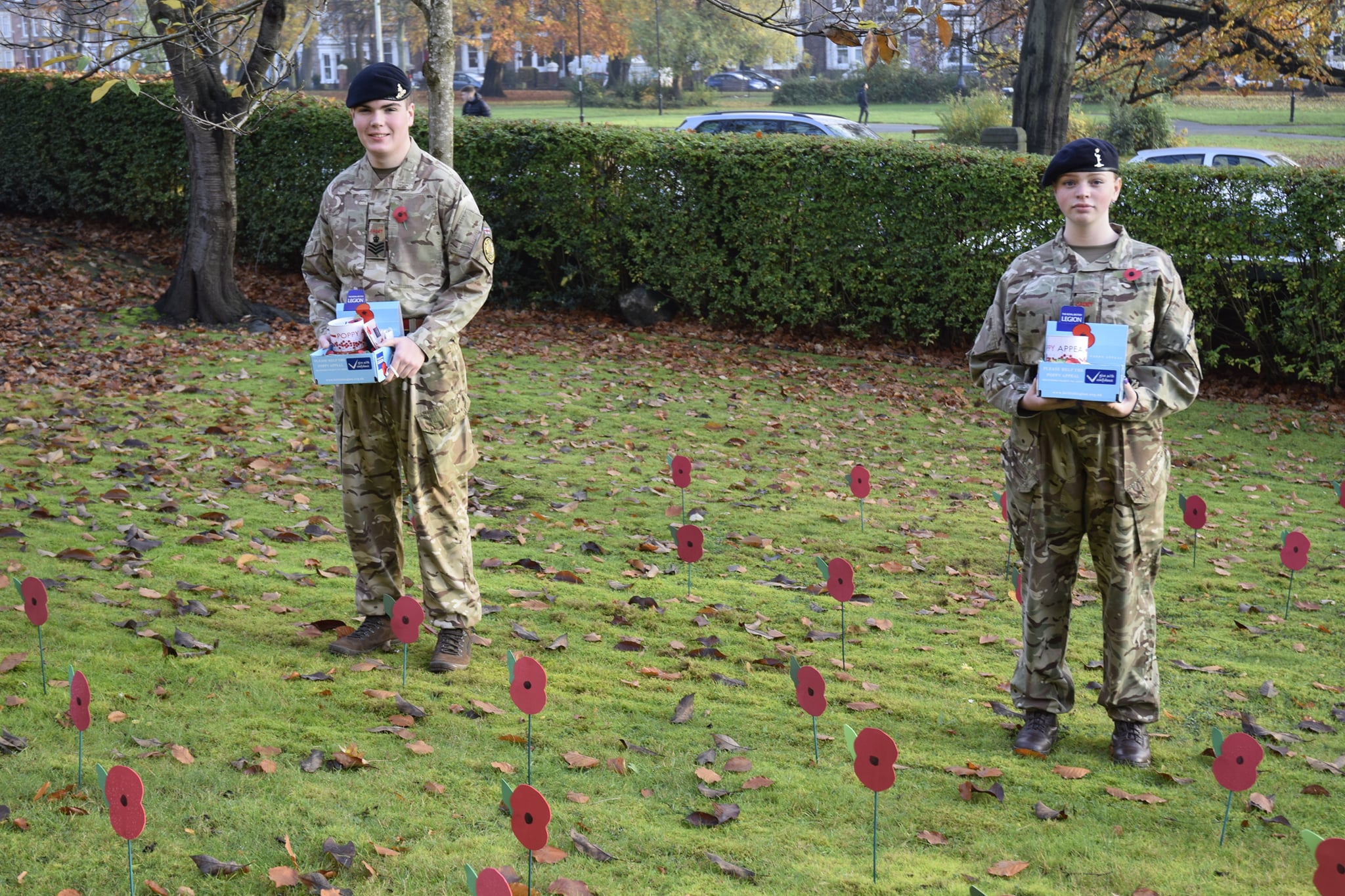 Staff and students at Queen Elizabeth Sixth Form College (QE), Darlington, have once again shown their support for Remembrance Day by raising a wonderful £200 for the Royal British Legion. In the run up to Armistice Day, the College’s Interact Club baked and sold delicious poppy-themed cupcakes with all funds being donated to this year’s Poppy Appeal. The lemon and vanilla flavoured treats were very well received and offered an alternative method to raise funds for such an important cause. Catherine Chapman and Matthew Swindon, members of the Combined Cadet Force (CCF), who would usually have participated in Darlington’s Remembrance Parade, also spent their mornings in uniform proudly selling poppies to staff and students. Further commemorations included the silhouette of a solider adorning the entrance to the College and the exterior of the building being filled with artificial poppies, providing a quiet area of reflection.

Nancy Wall, Student Services Co-Ordinator at QE, comments: ‘It has been difficult for the Royal British Legion to obtain donations this year due to the ongoing COVID-19 pandemic, therefore it was incredibly important that we played our part as a College to support this fantastic charity. The students were honoured to help and I’m certain that they will have done our veterans proud’.