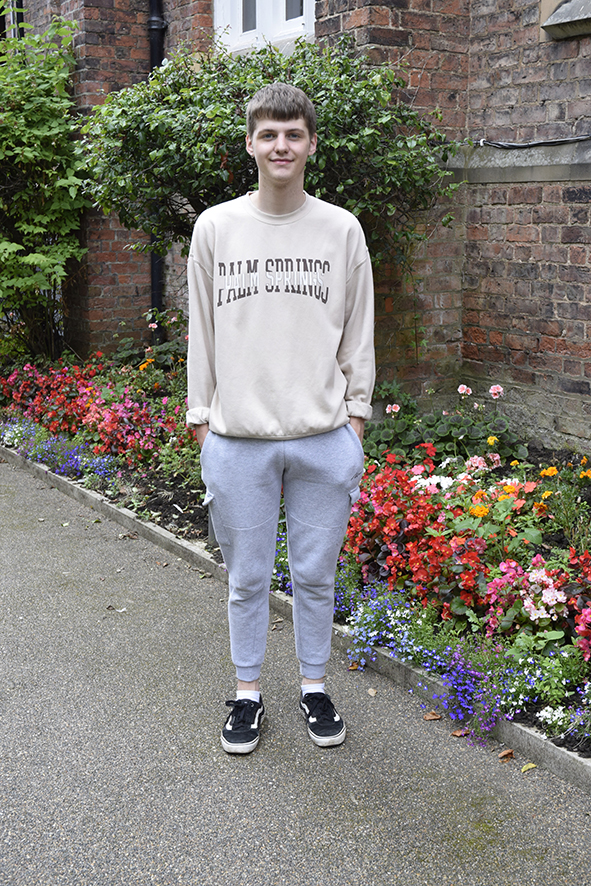 Josh Evans, a second year student from QE has participated in an exciting filming project organised by Speakers for Schools. The promotional video, produced to support the organisation’s efforts to increase work experience opportunities for young people, sees Josh talk about his recent virtual placement with British Airways and follows a number of interviews where he discusses the benefits of work experience. Filming took place at QE and the North East Land, Sea and Air Museums in Sunderland and the final edit is due to be sent to the government in the hopes of increasing funds for work experience.

Josh’s initial interview involved him answering questions from Speakers for Schools on education, work experience and the impact of COVID-19. His answers were incorporated into an article and magazine press release before he was invited to take part in a radio interview with Times Radio. During this second appearance, Josh spoke about his placement with British Airways and was joined by Rachael Saunders, Education and Policy Director at Speakers for Schools. His virtual work experience provided him with the invaluable opportunity to hear from leaders at British Airways as they spoke about how they are maintaining and improving sustainability on their flights. Josh was then able to complete tasks, along with other participants, which helped to develop his communication, problem solving and teamwork skills.

Looking back on the whole experience, Josh, who studies Travel and Tourism and Media Studies at QE, comments: ‘Being involved in the filming project, completing the work placement and participating in the radio interview have provided me with an amazing opportunity to obtain experience in multiple forms. I have also been able to gain essential, transferrable skills which link to both the tourism and media industries’. Sarah Griffiths, Work Experience Co-ordinator at QE, adds: ‘Gaining career insights can be a challenge for young people even when there isn’t a global pandemic, but Speakers for Schools have provided hundreds of online opportunities for our students to engage with. Josh is enthusiastic, motivated and a wonderful communicator, and these qualities shone through during the filming project. He has also benefitted tremendously from a high quality virtual placement. It is inspiring to see how much he gained from the whole experience and I do not doubt that he has the ability and personal skills to fulfil his ambitions. We wish him all the very best for his second year at QE and his future – wherever in the world that may take him!’

Josh’s video is due to be released later this year by Speakers for Schools.