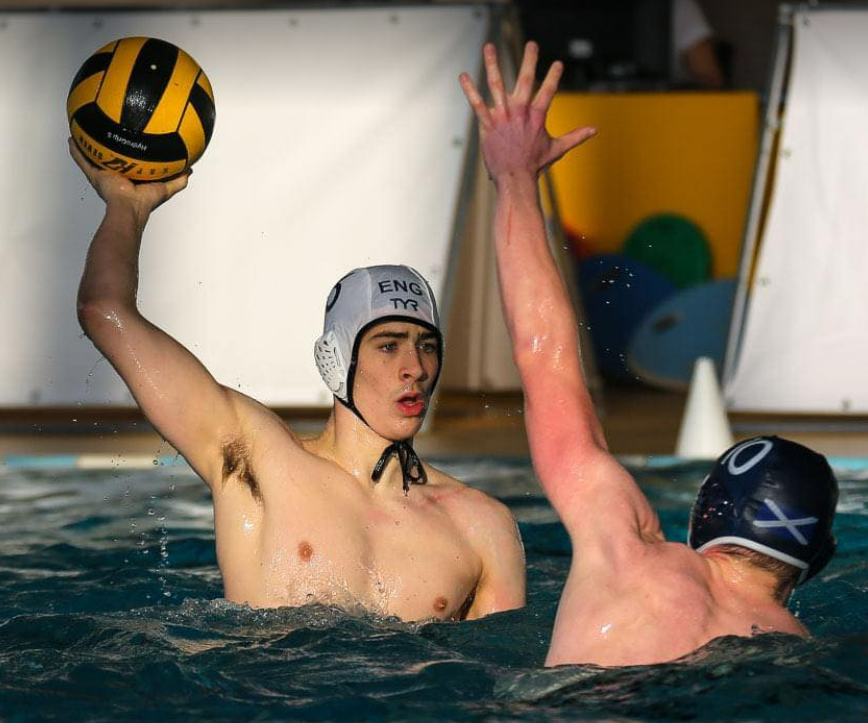 First year student, Ben Alderson, from Queen Elizabeth Sixth Form College (QE), Darlington, is celebrating after having been selected to represent England in the U17 Junior Men’s EU Nations Water Polo Championships for the second time. Ben, who currently plays for Sedgefield Water Polo Club, will travel to Brno, Czech Republic, over the Easter break where he will represent his country in a three day tournament against 11 teams from across Europe. Competing against England in the first round will be Luxembourg and Lithuania with the standard being exceptionally high.

Ben has played water polo since the age of six and trains for a minimum of twelve hours per week which includes a mixture of gym sessions and time in the pool. After having played at club level, he was put forward for North East training which then resulted in him being nominated for the National Academy and last year, Ben made the England U17 Junior Men’s squad following rigorous tests on his game awareness, swimming, passing and shooting. He is also a member of the prestigious Durham Institute of Sport (DIS) and attends weekly strength and conditioning classes at Maiden Castle. The DIS were particularly helpful during lockdown as they provided online strength and conditioning classes to allow Ben to maintain his fitness whilst pools and gyms were closed. At QE, Ben studies Sport and Leisure, History and Law and outside of College, he is undertaking a diploma in Sporting Excellence which is funded by Swim England.

Looking ahead to the tournament in Brno, Ben comments: ‘Representing your country at a sport you love is an honour; to be selected twice is amazing and shows what can happen when you remain focussed and work hard’.

Ben’s England water polo costs are currently self-funded by his very proud parents who have set up a GoFundMe page and all donations are greatly appreciated. To donate, please go to: https://gofund.me/a71d168e. Alternatively, if there are any local businesses who would be willing to support Ben in return for regular updates on his progress, please get in touch with QE at qe@qeliz.ac.uk.