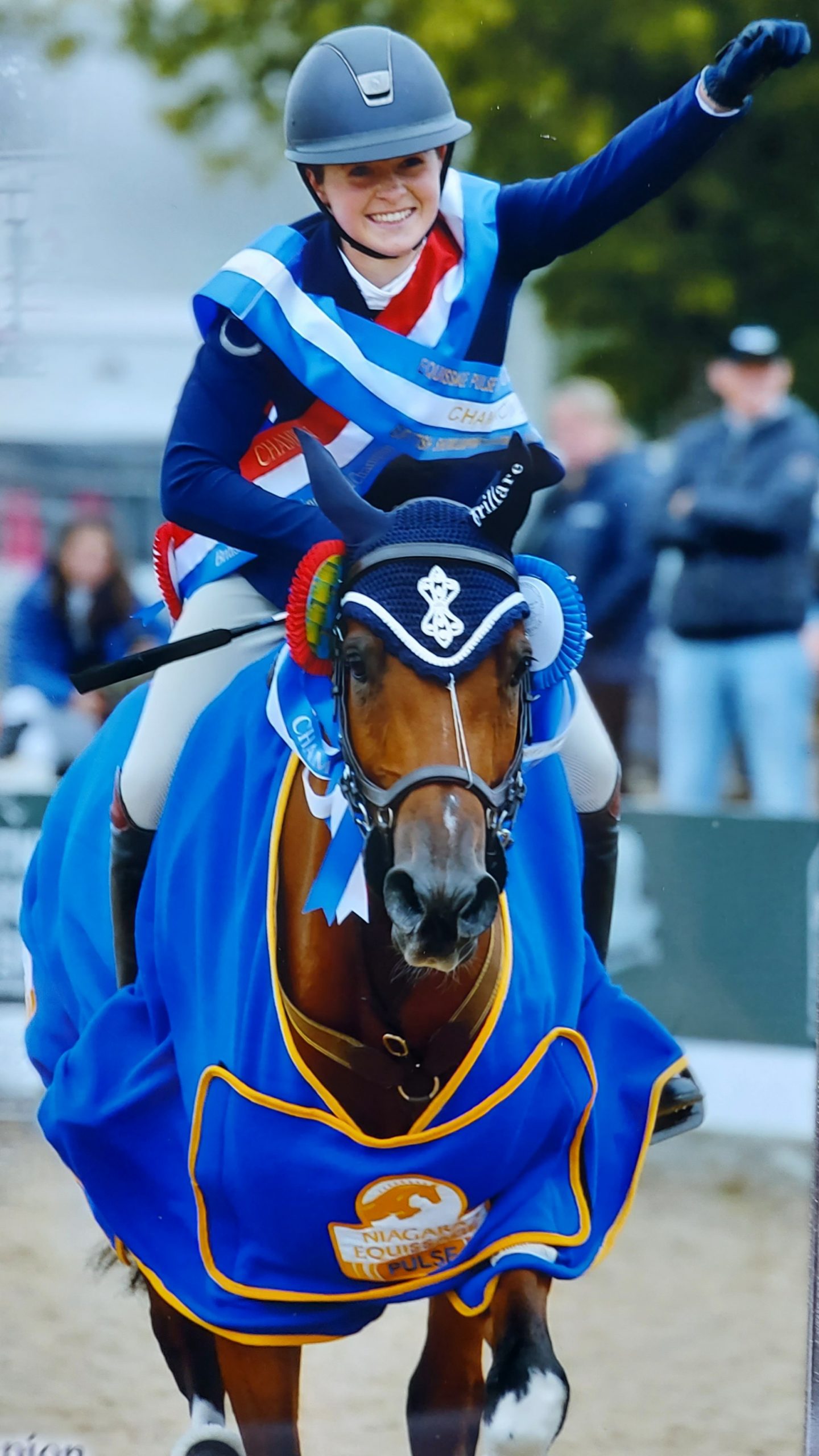 Abi Leadbetter, a second year student from QE, has secured two national titles in a weekend of thrilling show jumping. Qualifying for three finals, Senior Discovery, Senior British Novice and 1.10m Schools, Abi and her horse, Zi, competed against some of the best show jumpers in the country and finished first in the Senior British Novice final and 1.10m Schools. In the Senior British Novice final, Abi and Zi won by over a second and in the 1.10 Schools final, they finished three seconds ahead of their competitors despite never having jumped on grass before. The Senior Discovery final saw Abi and Zi narrowly miss out on a third national title, finishing 0.8 seconds behind the eventual winner.

Abi bought Zi in June 2020 and spent lockdown training her up for competitions. Zi was bred in Ireland and had never competed before being owned by Abi. Looking back on the competition, Abi, who studies PE, Sport and Leisure and Psychology at QE, comments: ‘This was my fifth national championships and my first as a senior. Just to qualify on a relatively novice horse that I’d trained myself was amazing, but to win two national titles was completely overwhelming and quite simply incredible. There is no better feeling than going around the arena during your lap of honour with sashes covering you and your horse. It definitely makes all the hard work and 6.30am starts worth it. Julia Atkinson-Tait, Course Leader for PE, adds: ‘Abi is a high achieving young lady in both her academic work and equestrian skills. We’ve been delighted to show our support for her in the show jumping championships and look forward to hearing about future competitions. Well done, Abi!’