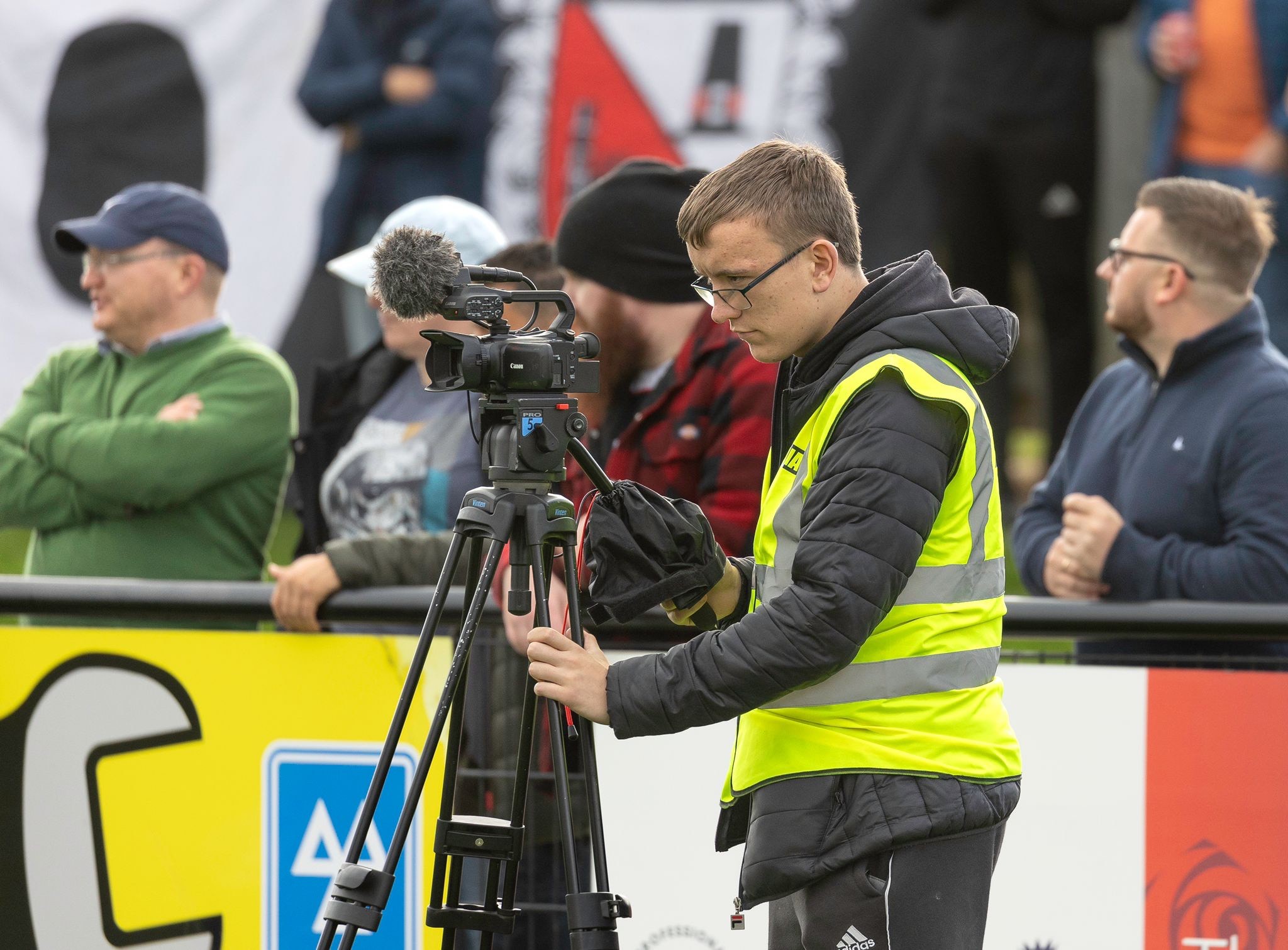 A budding videographer from QE has secured an exciting role as a camera operator with Darlington Football Club. Jack Cornwell, who studies Creative Media Practice, Criminology and Photography at QE, has been volunteering at the club for two months and his role involves recording home games and uploading the footage to YouTube as a comprehensive highlights package. His filming also forms part of a live broadcast streamed across the Internet to thousands of fans and he will occasionally record post-match interviews conducted between managers and players when other camera operators are unavailable. Discussing his volunteering, 17-year-old Jack explains: ‘I love the role so much as I not only get to watch my favourite sport but I’m able to film at the same time which is another passion of mine. It’s an honour and a pleasure to record for Darlington Football Club as I’m working and enjoying myself at the same time, which is really important’.

Jack’s love for sport and the media industry are evident in his future plans. He says: ‘I’m hoping to take my media work further and obtain an apprenticeship in videography, either with Sky Sports or BT. I adore my sport, especially football and Formula 1 with both being big inspirations to me. My favourite team is Tottenham Hotspur therefore recording their games would be a dream’. When asked about his role models, Jack, from Darlington, adds: ‘My Creative Media Practice teachers are my biggest role models as they have helped with and taught me my videography skills. If it wasn’t for Beccy (Vickers) and Vicky (Russell), I’m not sure that I would have secured this amazing job. Another role model is my good friend, Thomas Fenwick, who has been incredibly supportive in my Media lessons and together we have worked on videoing. The skills that I have developed with Thomas have contributed to my work with Darlington Football Club and led me to this opportunity. I am very grateful to Thomas and it has been a pleasure to study alongside him’.

Beccy Vickers, Course Leader for Creative Media Practice at QE, concludes: ‘When Darlington Football Club approached QE for a volunteer to be a camera operator for their home games, I knew that this would be perfect for Jack. This is such an excellent opportunity for him as he is a huge football fan and would like to work in the media industry, therefore this experience will be invaluable. Jack puts 100% into everything he does so I know that he will certainly make the most out of his time with Darlington and it will inevitably help him on his way to be successful in his future media career’.