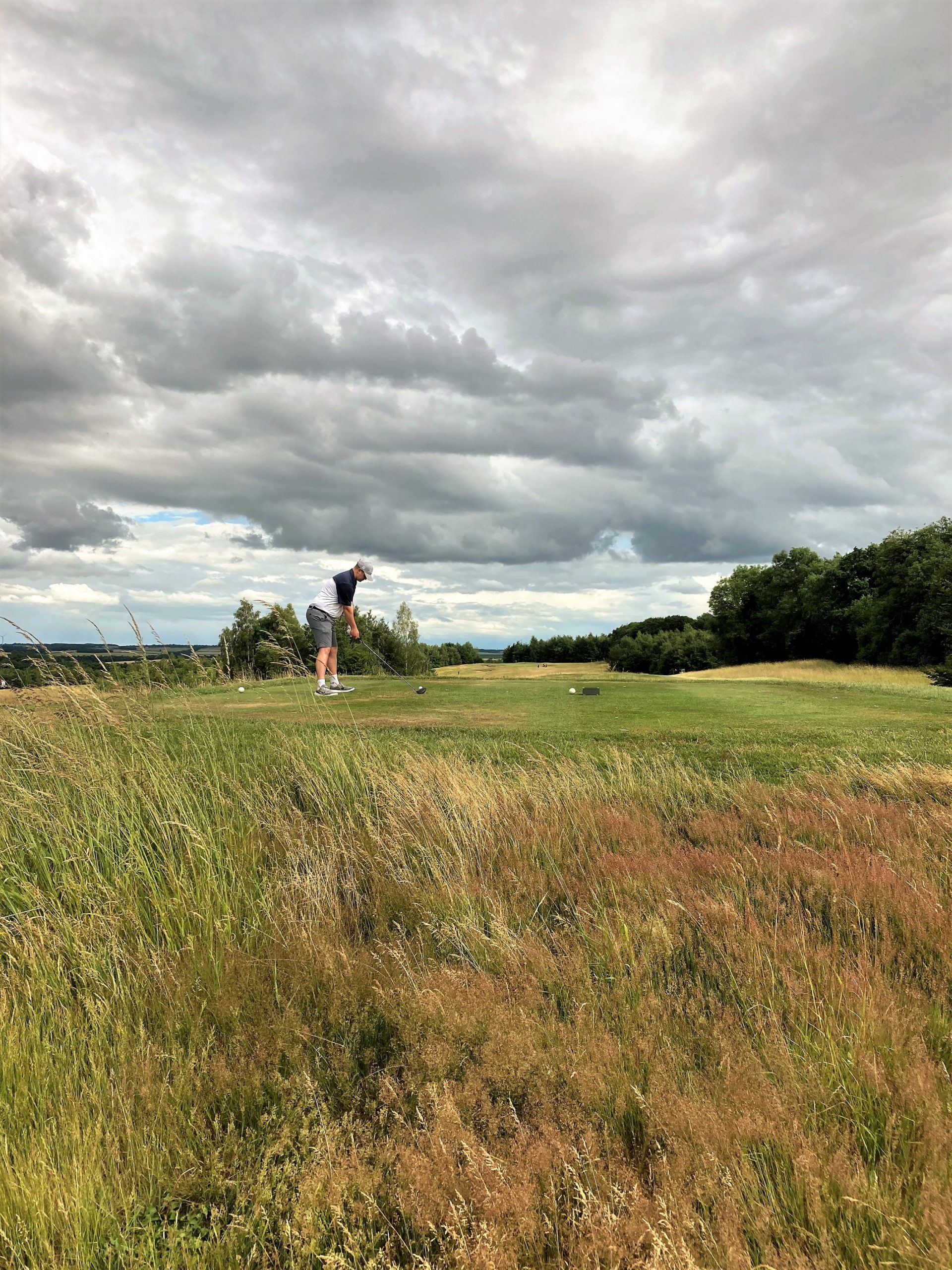 A talented student is following in the footsteps of PGA Tour player Callum Tarren, with his own sights set on a professional golfing career as he continues to celebrate success on the championship circuit. Jack Atkinson, who, like England pro-golfer Tarren before him, attends QE, represented the North East in the ESGA Boys’ National Championship on Monday 27th June. Among the 45 players competing on the Wandlebury Course, at The Gog Magog Golf Club, in Cambridge, Jack placed 24th after two rounds. The Darlington teen said: “I really enjoyed the experience and the course. I would definitely have benefited from a practice round but all-in-all I was pleased with the way I hit the ball. There were just a number of putts that didn’t drop, which made all the difference.” Jack, of Yoredale Avenue, intends to take Golf Studies at Myerscough College, in Preston, before a move to the States. He is currently studying Sport, Business and Film at QE, the same sixth form college attended by 31-year-old Tarren, also from Darlington, in 2007 – 2009. Tarren is ranked 445 in the world and hit the headlines recently when his name topped the leaderboard at the close of day one of the US Open.

Jack balances his academic work with his golf. Earlier this term he was one of seven QE students to take part in the 51st Annual Durham County Schools Championship at Beamish Park golf course, where he placed fourth and qualified for the North of England Schools’ Championships. He went on to represent County Durham when he competed in the 36-hole North Region Boy’s contest at Longhirst Hall Golf Club, in Northumberland, in May. There he placed 12th among the 35 young players taking part. He said: “There’s some excellent golfing talent in the North of England, and I feel proud to be among those involved in these fantastic competitions. I have the North Yorkshire and South Durham champs coming up, as well as The Durham County Championships at Castle Eden, so I’ll start to put some hard practice in now – especially on the putting green!” Jack, whose father Stephen is a keen amateur golfer, first picked up a club at just four years old. With a handicap of +1, he plays for Darlington Golf Club and is the youngest player in the Teesside Union men’s team.

In August last year, Jack became one of the youngest players to be crowned Darlington Golf Club Champion, exactly 32 years after his father lifted the same trophy in 1989. He said: “My dad has taught me all I know about golf, and it is a real passion of mine. My dream is to go to America and have a professional career in golf, or work in sport development, coaching and golf performance.”

Jack’s success is being supported by QE where golf is becoming an increasingly popular extra-curricular choice among Year 12 and 13 students. Kellie Pomeroy, Sports Development Coordinator, said: “There’s a growing number of students interested in golf and, as a result, the sport is going to have more of a presence in the calendar going forward. “It was fantastic to see seven QE representatives playing in the Durham County Schools Championships, and we were delighted when Jack placed fourth. He is a very talented and enthusiastic player, who inspires others to improve their game, and we are always rooting for him.”