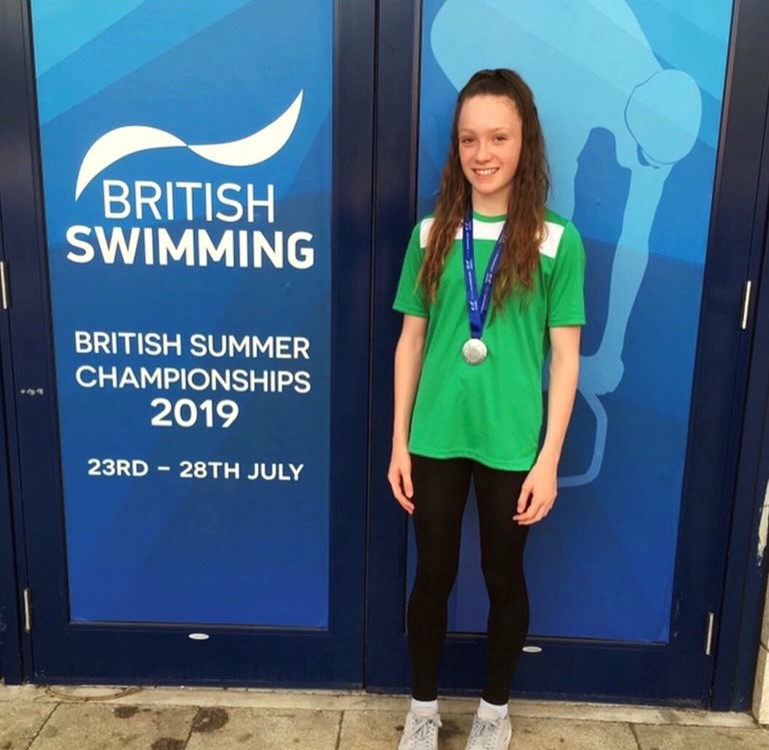 Harriet Rogers, a first year student at QE is celebrating after having been selected for the first-ever England Swimming Team ahead of the 2022 Commonwealth Games to be held in Birmingham. Harriet, who started swimming at the age of three and who trains for no less than 16 hours per week, has been chosen for both the Junior Squad and Performance Squad in which swimmers are selected based on the British national rankings. She is currently the fastest female in the country under the age of 18 in the 50m freestyle and if successful in the Performance Squad, she will advance to the Podium Squad before representing England in the 2022 Commonwealth Games and hopefully competing in Paris at the 2024 Olympics.

Reflecting on the announcement that she has made both the Junior and Performance Squads, Harriet comments: ‘At first I was shocked when I heard the news, but I am extremely excited to have the opportunity to train with some of the best swimmers in the country and to continue to develop my swimming with the aim of becoming a member of Team GB. Through swimming I have visited many new places and met countless new friends throughout the country, and I am determined to keep working and training hard’.

Laurence Job, Deputy Principal at QE, adds: ‘We are delighted to hear that Harriet has been selected for the England Swimming Team and know that she will do everybody proud with her amazing talent. Everybody in the College is rooting for her and we wish her every success in the upcoming selection process’.