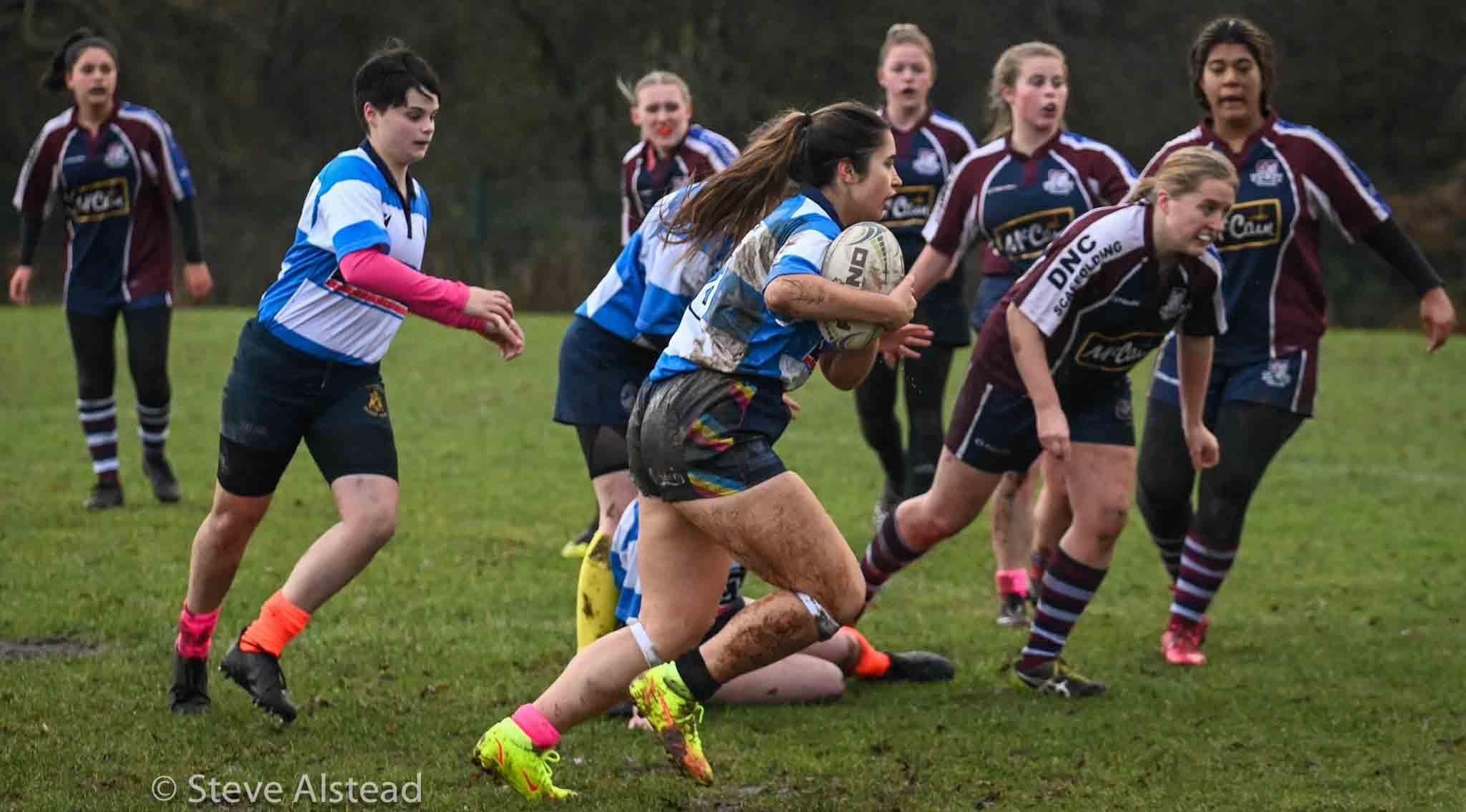 Amy Burton, a first year student from QE, is celebrating after being selected for both the Newcastle Falcons Women’s U18 Rugby Academy and the North East and Cumbria Centre of Excellence. Amy, who has played rugby at Darlington Mowden Park for six years and who also captained the Durham County team, was nominated by her coaches for the Centre of Excellence before undergoing fitness tests and having to demonstrate her rugby skills. Reflecting on having been selected, Amy, who studies Sport and Leisure, PE and Geography at QE, comments: ‘Joining the Centre of Excellence means I am able to continue developing my skills and receive more experienced coaching. I will also be working with and being watched by the England U18’s coach which will hopefully lead me to being chosen for the squad.’

Following another rigorous selection process, Amy was chosen for the Newcastle Falcons Women’s U18 Rugby Academy which involves training with the best players in the region and competing against other teams. She was one of only 30 players to be chosen for the Academy. Looking ahead to the future, Amy explains: ‘My long-term goal is to play rugby for England and I’m already taking steps to achieve this by training week in, week out, improving my fitness and doing weights. For me, rugby is not just a sport, it has changed my life. It has benefitted both my physical and mental health, and I’ve been able to make friendships and memories which will last a lifetime’.