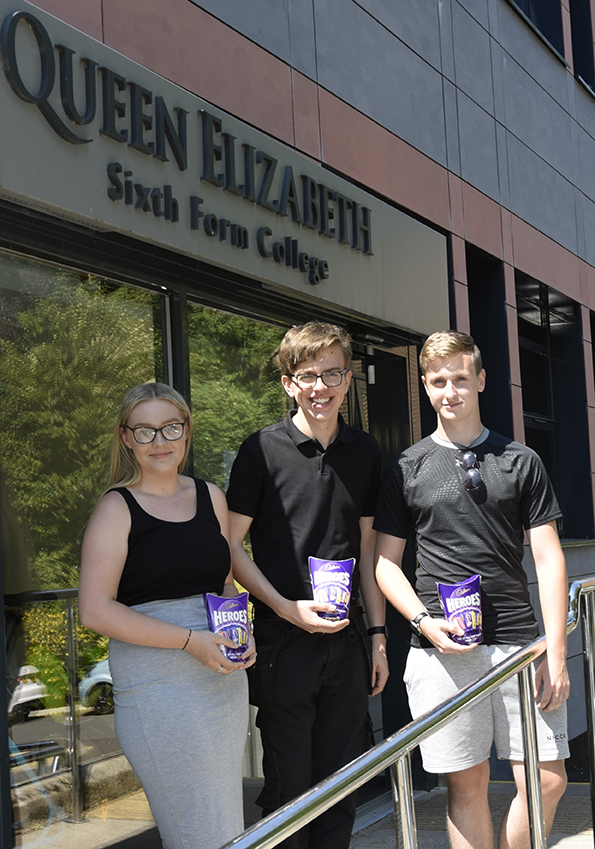 Three students from QE have received praise from the local community after they came to the aid of an elderly lady who had fallen over in the town centre. Adam White, Calum Earl and Lauren Acton saw the woman fall on Duke Street and immediately rushed over to help her, dialling 999 and waiting with her for over an hour until the paramedics arrived. They managed to keep her calm by constantly reassuring her, holding her hand and not leaving her side. A few weeks later, the students were presented with gifts of a card and chocolates from the woman’s daughter, thanking them for their actions with the elderly lady even comparing them to her grandchildren.

Ronald Murray, a passer-by who witnessed the event, also visited the College to commend the students. He explains: ‘Adam, Calum and Lauren are the definition of Good Samaritans and deserve recognition for how they helped the woman who fell. They are fine examples of the students of QE. Laurence Job, Vice Principal, adds: ‘We are so proud of how Adam, Calum and Lauren handled the situation, remaining with the lady until the ambulance arrived and keeping her as calm as possible. We have received comments from several members of the public applauding their actions and are grateful that people took time out of their day to inform us of what happened’.