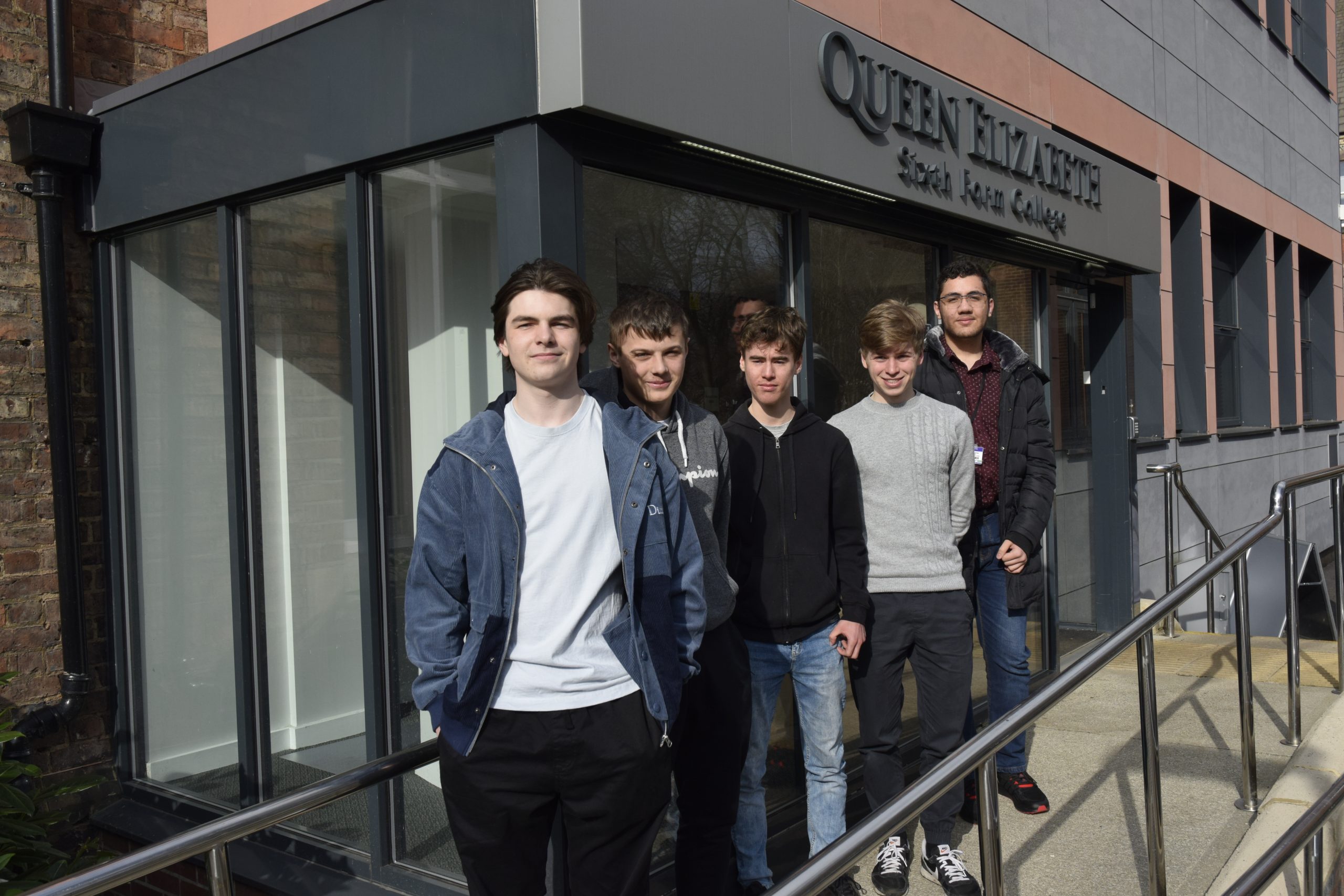 Five second year Chemistry students from QE have secured a wonderful top ten finish in Cambridge University’s prestigious annual chemistry competition. The students, who named themselves @QECrackingChemistry, competed against 51 other teams from schools and colleges across the country in a contest which originated in the Czech Republic and not even travel disruption caused by Storm Eunice could dampen their enthusiasm. The two hour ‘race’ began with six questions and once these were correctly answered, they were replaced with 54 additional challenges escalating in difficulty, with points being awarded depending on how many attempts it took to work out the correct answer. @QECrackingChemistry finished in 10th place, a fantastic achievement which was widely celebrated when the students returned to College.

John Russell, the leader of the team, comments: ‘At one point we were in 4th place on the live leader board, however we are more than happy with the result given the toughness of the questions and the opposition’. Janet McRae, Course Leader for A Level Chemistry at QE, adds: ‘In terms of competitions, the Cambridge Chemistry Race is a hard-hitting contest. When faced with challenges, some crumble, but not the @QECrackingChemistry team. Our brilliant students had an infectious drive to do their best for QE and showed outstanding teamwork and superb chemistry prowess. The top 10 placing is a cracking result!’