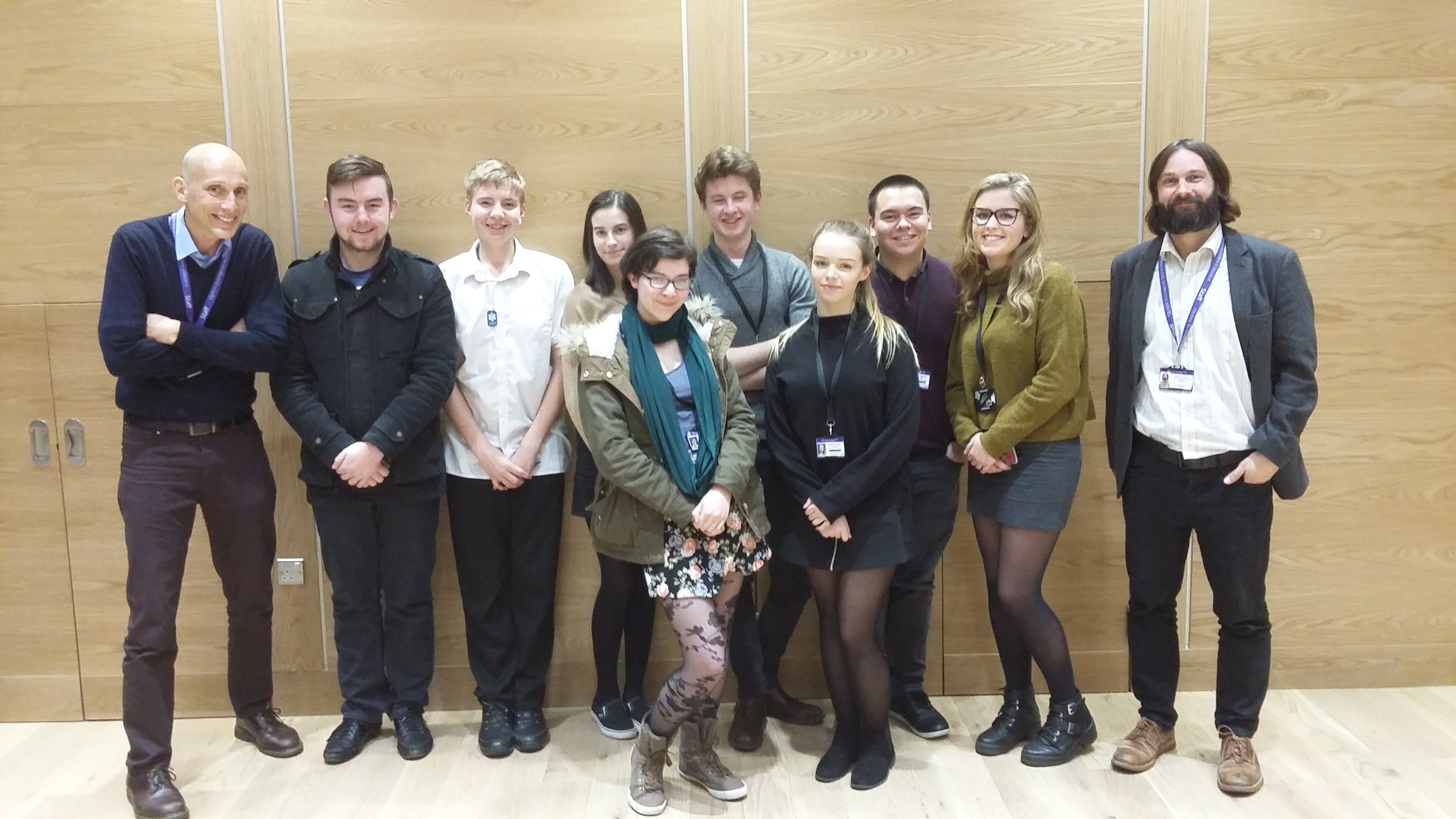 QE students were in action this week in the Middlesbrough round of this year’s Debating Matters Competition.  8 students formed the QE team and, thoroughly prepared after weeks of preparation, they travelled to Yarm school to face its students and those from Durham School to try to earn a place in the Regional finals.
In the first debate, Richard Jones and Kieron Warren opposed the motion that Political parties are bad for democracy.  Challenging the proposition’ view that political parties defend their own interests rather than that of citizens, the QE team put up a robust defence of them as institutions which are vital to the functioning of political society and to our political identities.  Owen Dickinson and Hazel Devey peppered the opposing team with tricky questions in an effort to put them on the back foot.
In QE’s second debate, Jess Hindle and Alex Murphy proposed the motion that Medical Data Sharing threatens our privacy. Arguing against Durham school that the increasing use of our medical information by organisations such as Google, QE’s students argued that the inability of citizens to give their informed consent and the danger to privacy of hacking.  Once again, support from the floor came in the form of difficult questions from their teammates as the opposition were forced to field.
Both of QE’s performances were persuasive enough to win the audience vote. Unfortunately, the judges’ decisions did not agree in one case and the teams narrowly missed out on progressing to the next round.  Nevertheless, their commitment to preparing for the debate and their confidence on the night bode well for future competitions.