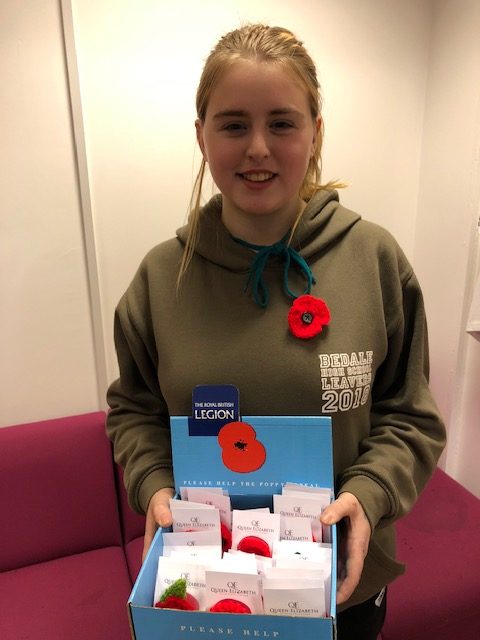 QE has a long, proud tradition of supporting the Poppy Appeal and this year, the College wanted to add their own personal touch to commemorate 100 years since the end of the First World War. Together with the Textiles Club, the Student Association launched a competition to encourage staff and students to create their own decorative poppies which were then sold in the run up to Remembrance Sunday with all donations being sent to the Royal British Legion. The poppies could be produced using any technique, including sew, knit and crochet and over 50 unique entries were received. The winning creation belonged to Chloe Cost who incorporated a variety of different textiles methods into her poppy and she has won a £10 Amazon voucher.

Sarah Steel, teacher of Textiles and Student Services Co-ordinator, explains: ‘Response to the competition has been great with both students and staff contributing to the appeal. Chloe’s design was a very worthy winner and the Student Association has done a wonderful job in raising funds for the Royal British Legion, selling both these handmade and paper poppies across College’.