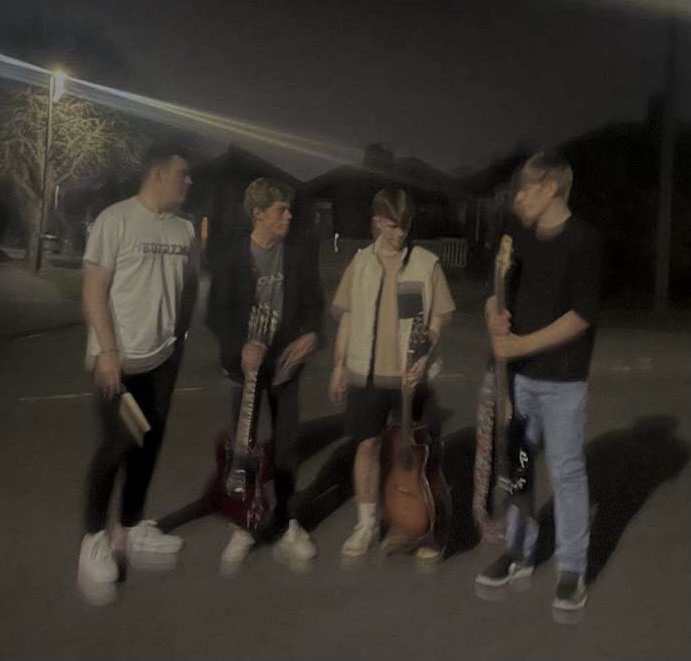 Three talented musicians from QE have released a debut single on all major streaming platforms. Tom Hunt, Toby Lill and Evan Coates make up three of the four members of indie rock band Common Courtesy and the group have written their own track entitled ‘Time Wasted’ which was played on BBC Music Introducing as part of BBC Radio Tees. Formed in February of this year, Common Courtesy record all of their songs in College and they are in the process of creating an EP to accompany their single. Their first live gig will take place on Thursday 2nd June at the Forum Music Centre in Darlington followed by a session at NE Volume Music Bar in Stockton-on-Tees where they will be performing a mixture of covers and original music.

Tom, who studies Economics, Geography, Politics and Popular Music at QE, is excited for the band’s future. He comments: ‘We’re going to gig as much as we possibly can and we’re hoping to soon release our own album. Creating Common Courtesy was one of the best decisions that we’ve ever made, especially as we’ve been friends for the majority of our lives. Writing lyrics for the band is such an expressive feeling, one that you can’t get from anything else’. Toby, also a student of Economics, Politics and Popular Music along with History, adds: ‘Music is definitely something that has always been a part of my life and I’m very pleased to now be contributing to our own songs. Playing in a band really helps to bring out the best in you, especially when it’s with people you get on very well with’. Drummer, Evan, who is enrolled on Geology, Media and Popular Music, concludes: ‘I’ve played the drums for practically my entire life and joining Common Courtesy has allowed me to develop creatively as a drummer. Playing with friends every week makes music so much more enjoyable and it has allowed my passion to grow significantly’.

Tickets for Common Courtesy’s gig at the Forum Music Centre can be purchased from the following link: https://www.ticketweb.uk/event/common-courtesy-the-forum-music-centre-tickets/11963925.