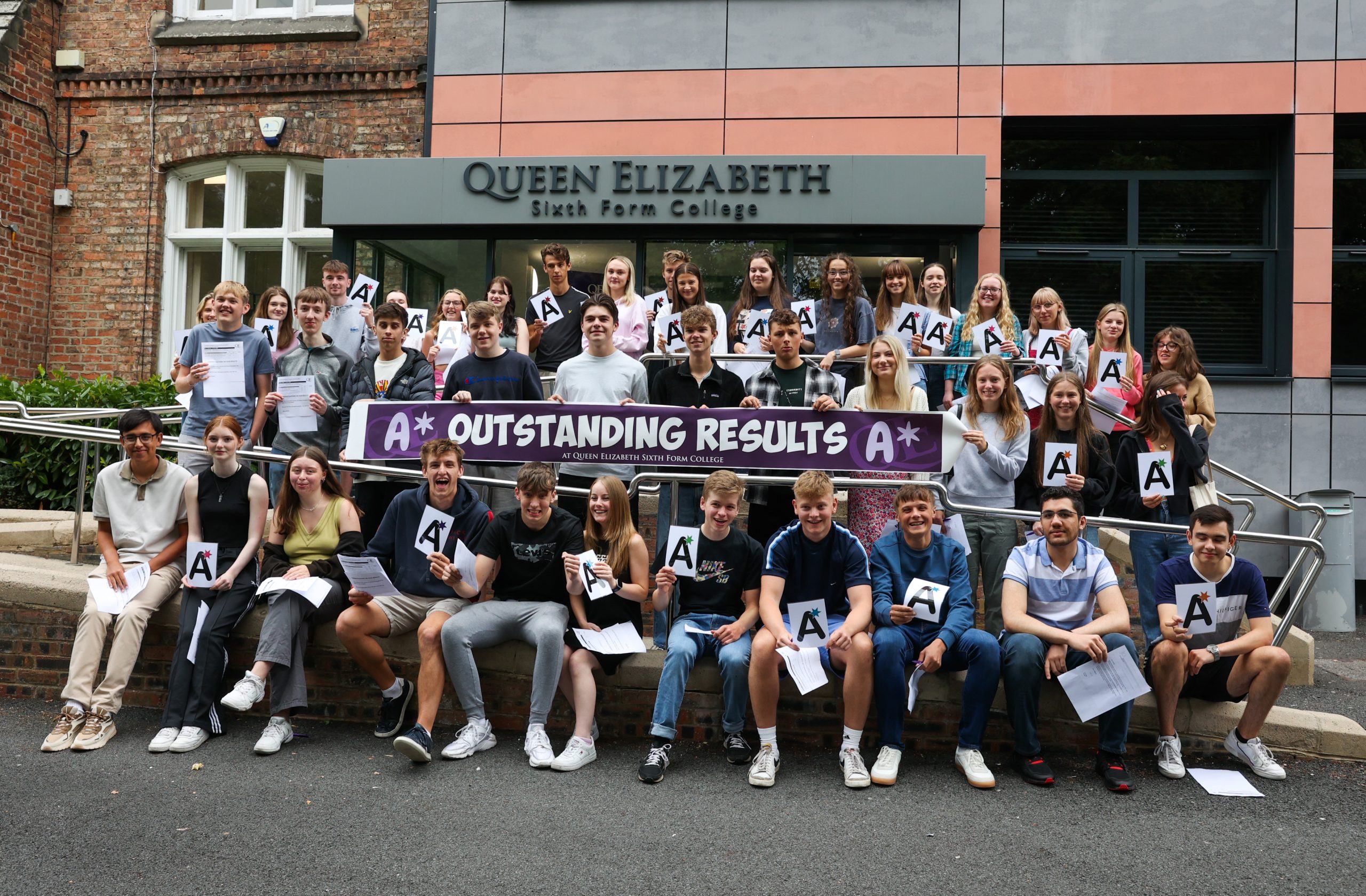 QE students are celebrating another year of excellent A Level results with almost two thirds securing A* to B grades, and a pass rate of 99%. One student achieved 5 A* grades, 28 students were awarded 4 A*/A grades and a further 67 students achieved 3 A*/A grades; a wonderful achievement.

Tim Fisher, Principal at QE, comments: “We’re so proud of all of our students for the remarkable resilience they’ve shown over the past few years, both during and after the pandemic. We’re delighted with how hard they’ve worked, and I know there will be many happy students collecting their results today and looking forward to the next exciting chapter in their lives. We wish them every success.”

QE is one of the largest A Level centres in the north and provides an exceptional education for teenagers across North Yorkshire and the North East.