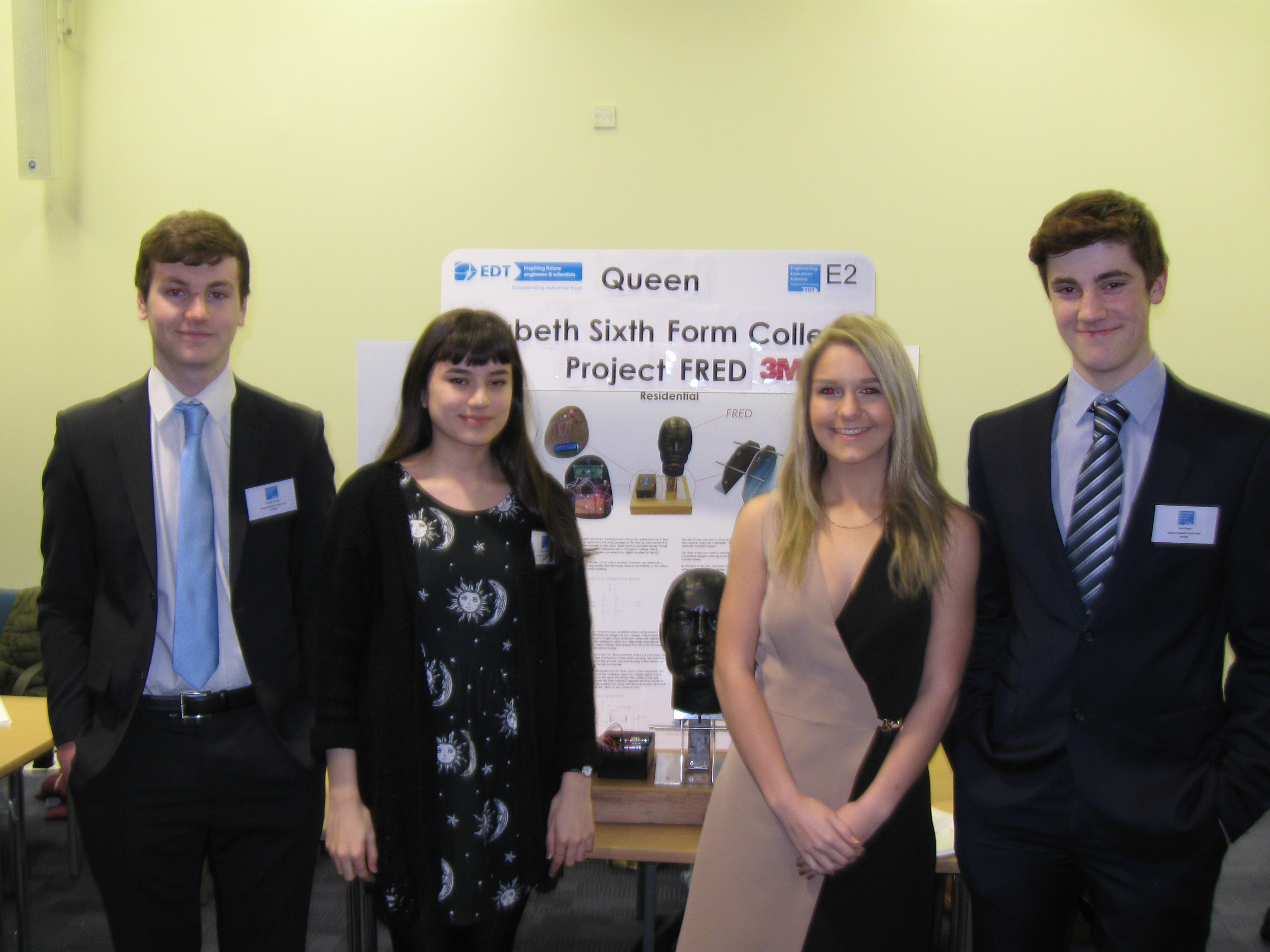 QE’s nationally acclaimed Future Engineers Scheme has been involved in yet another exciting project.

A team of four first year Future Engineers showed their innovative skills by taking part in a six month project run in conjunction with the Engineering Education Scheme and 3M, a global technology products company that specialises in the production of respirators, a form of Personal and Protective Equipment (PPE).  The students – Max Clyde, Chantal Goulder, Tom Moody and Charlotte Ferguson – worked closely with engineers from 3M and other mentors to construct a working proof of a concept model for a system to electronically measure the strain of head mounted PPE.

The students showcased their product at an Assessment and Celebration Day at Newcastle University that was attended by over 70 other schools and colleges.  QE’s ‘Project Fred’ has now been put forward to receive a British Science Association Crest Gold Award in recognition of the students’ outstanding work. In addition, the students’ seventy five page report was commended by the Assessors and will be used as an exemplar for future schools and colleges – a tremendous accolade.

‘The Engineering Education Scheme has given me valuable insight into the engineering industry.  The experience was something not to be missed and I would definitely recommend it to anyone who is interested in a career in engineering. ‘

‘Project Fred gave me first-hand experience of the engineering industry. As well as working with other students to solve a real life problem for 3M, I was able to develop my teamwork, communication and organisational skills – attributes which are vital for engineers.’

Brian Wardle, QE’s Head of Physics and one of the mentors said:

‘The students worked really hard and had to balance the demands of their A Level studies with the demands of the project.   I was especially impressed with how they managed to analyse, understand and use complicated electronic sensing circuits. The product will now be modified and used by 3M.’

‘We were delighted with how well the students worked on the project. To produce a workable product was a great achievement and the students have gained skills which will stand them in good stead, whatever career path they decide to pursue.’