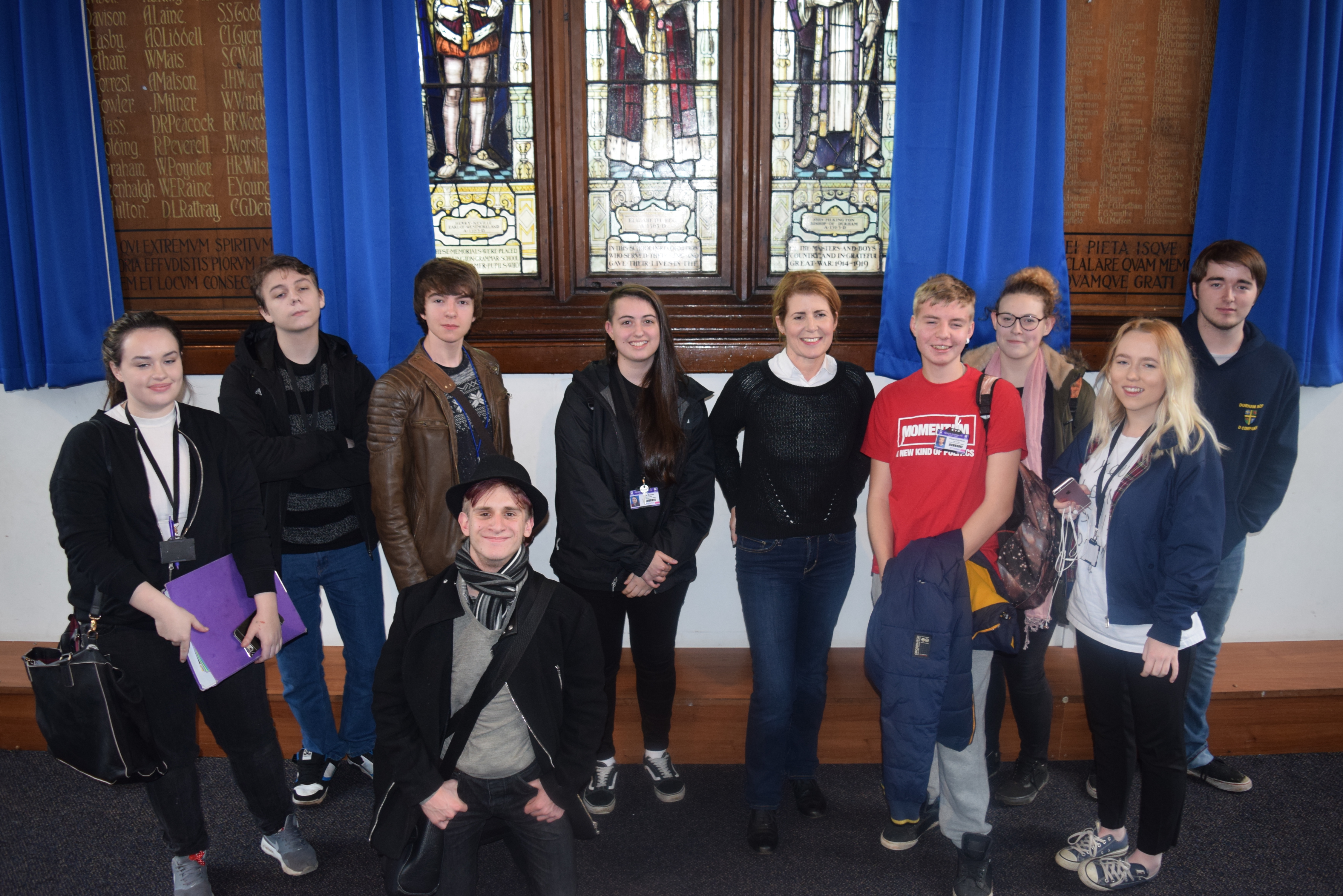 Politics, Citizenship and Sociology students from QE had the opportunity to give Darlington’s MP, Jenny Chapman, a good grilling when she visited the College and agreed to answer any questions they might have. Around 150 students saw Jenny field a wide range of questions, including several on Brexit, about which she now speaks for the Labour Front Bench as Shadow Minister for Britain’s Exit from the European Union.

Students were treated to an hour-long Q&A session where incisive questions from students threw a spotlight onto a range of topics including Brexit, the future of the Labour party and the role of an MP.

Jenny was candid in her responses as students pressed her on questions such as whether Labour could win a future election and the threat posed to the party, following recent by-elections, by the Liberal Democrats and UKIP.   Students also posed a range of questions about the Labour leadership and the legacy that had been left by Tony Blair.

Student Kieron Warren comments, “Students were as impressed with Jenny’s responses as she was with their sharp questioning. We were particularly grateful that, at the end of the event, Jenny took time to answer students’ individual queries. We look forward to seeing her back at QE soon.”

The College is very grateful to Jenny who visits QE regularly and always enjoys debating with our students; some of whom might be the politicians of the future.