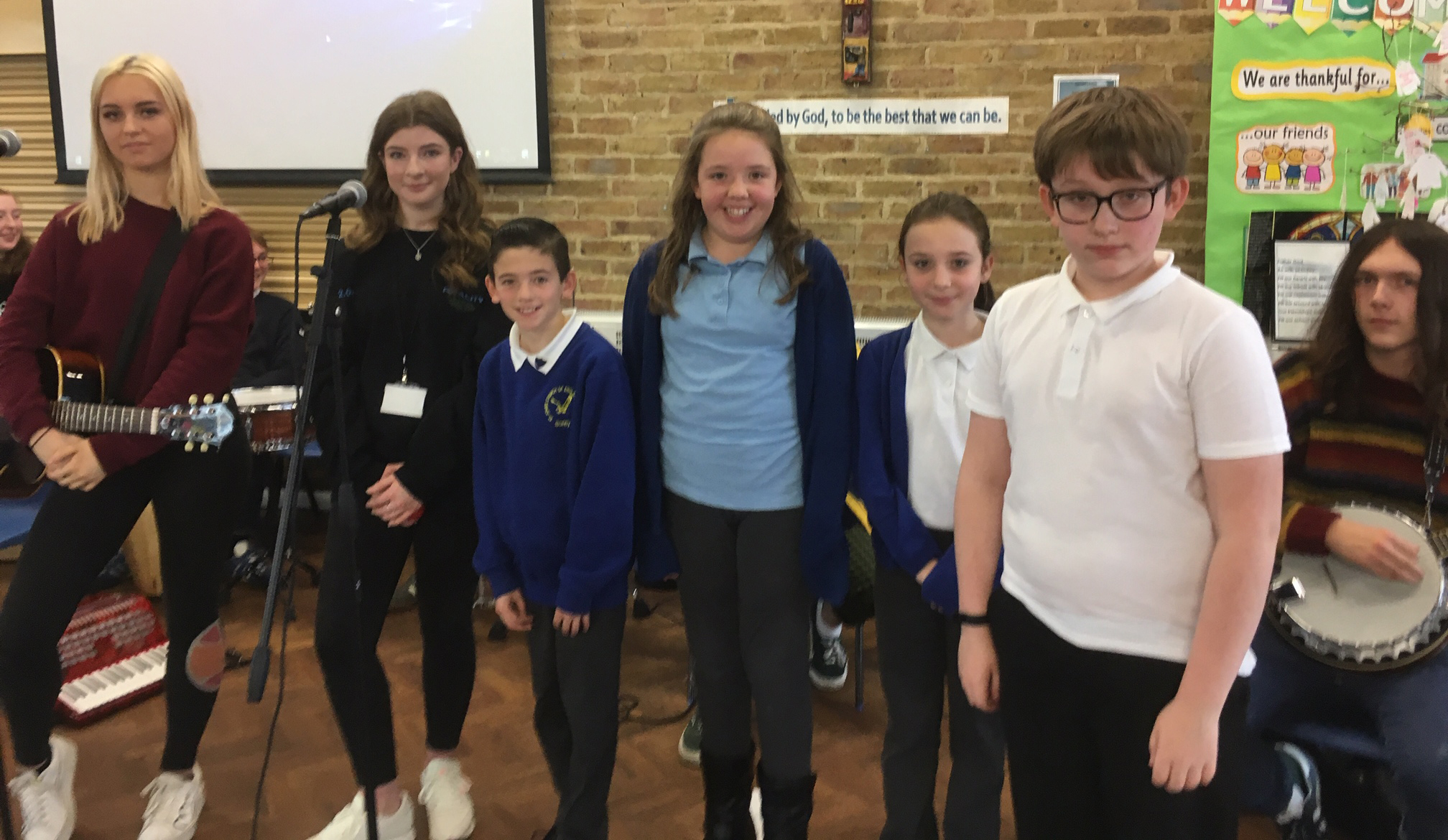 QE’s BTEC Popular Music students have treated pupils from St. John’s Church of England Academy to an exciting music concert. The two groups initially crossed paths when the school visited the Head of Steam Railway Museum where the Popular Music students are currently preparing to record music in December as part of their coursework assignment. At the school, pupils were provided with a sneak peak of the upcoming recordings, listening to renditions of several Americana songs, including This Train Is Bound For Glory by Woody Guthrie and Mystery Train by Elvis Presley. They were then given the opportunity to showcase their talents as the Music students performed the backing track to Shotgun by George Ezra for them to sing along to. Assistant Head Teacher, Mr. Ramsay, even became an honorary member of the College’s band and played the guitar with them during the final song. Deputy Head Teacher, Mrs. Brown, explains: ‘The pupils were incredibly excited upon hearing the range of different musical instruments used by QE’s students, from the drums to the double bass, harmonica and even the accordion. Some of them enjoyed the session so much that they have been inspired to begin learning an instrument themselves! We would like to thank the students from QE for visiting the school and we are hoping to arrange a trip to the College in the near future’.