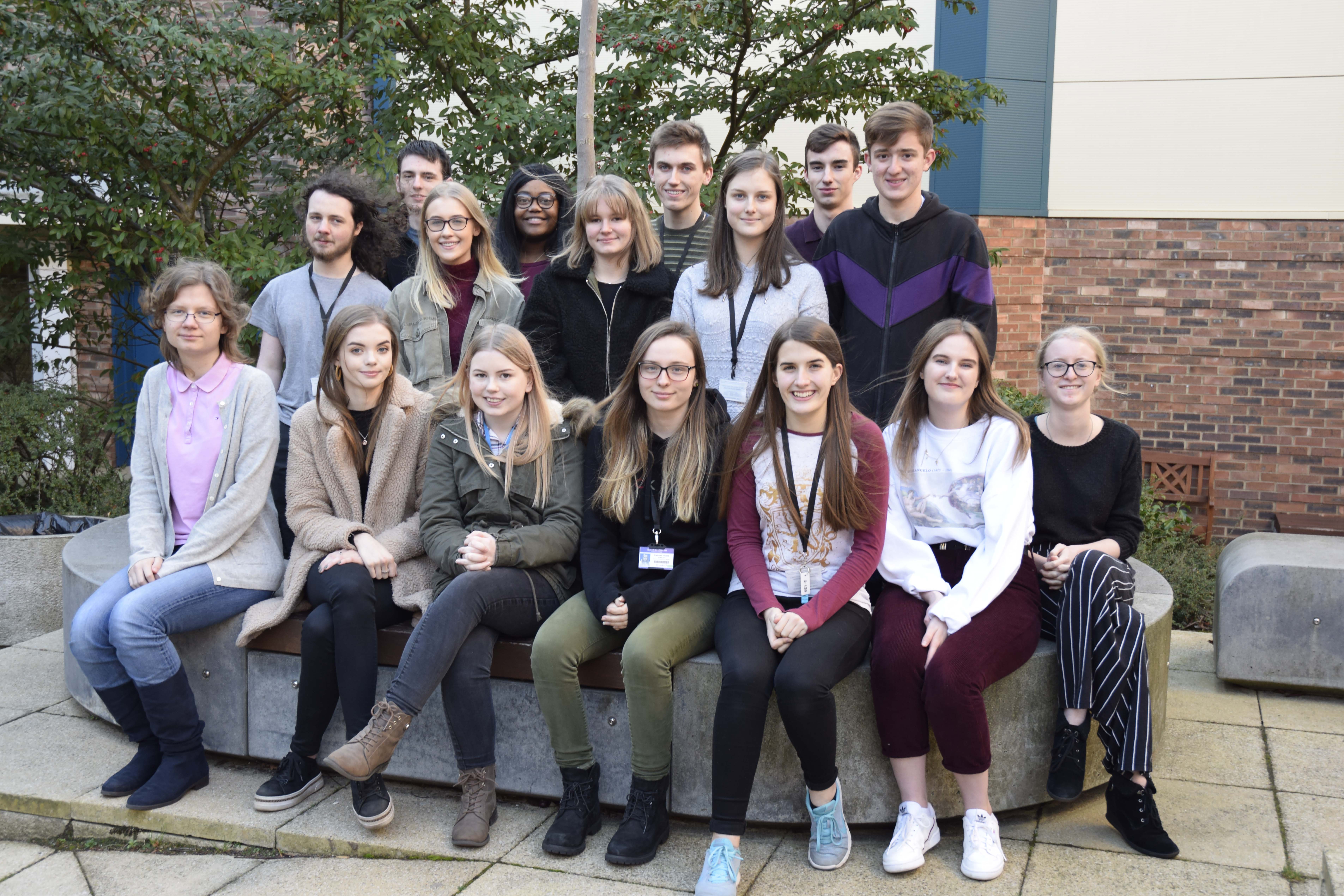 A record seventeen students from QE have won coveted places at Oxford and Cambridge this year, building on a long tradition of progression from the college to the UK’s top universities.

The successful students, who came to QE from a range of schools across the region, have beaten intense global competition, undergoing a rigorous selection process including tough tests and challenging interviews. While their hard work is far from over, as most have to gain top A Level grades to ensure they take up their places, they are rightly celebrating a remarkable achievement.

Students aspiring to ‘Oxbridge’ and to other competitive universities are supported from their first term at college by progress tutors and by the college’s HE and Careers team, including Oxbridge Co-ordinator Simon Nicholson. “For seventeen students to receive offers from Oxford and Cambridge is exceptional, at any school or college,” says Simon. “This fantastic outcome is the result of incredible commitment on the part of the students of the teachers who have worked so hard to support them.”

QE Principal, Tim Fisher, says of this year’s success, “We are immensely proud of these seventeen remarkable young people, each of whom has achieved something exceptional. That they represent the best year for QE at Oxbridge should come as no surprise, given the calibre and ambition of our current students, but we are delighted for them, as we are for all students who secure for themselves a better future by winning places at university.”

Thomas Williams, who came to QE from Wolsingham School and has a place at Cambridge to study History and Spanish, says, “The support I received from Simon helped me enormously and gave me some insight into what I could expect from the admissions process. It’s very exciting to be given an offer and I feel I have already gained a lot just from going through the different stages of application.”