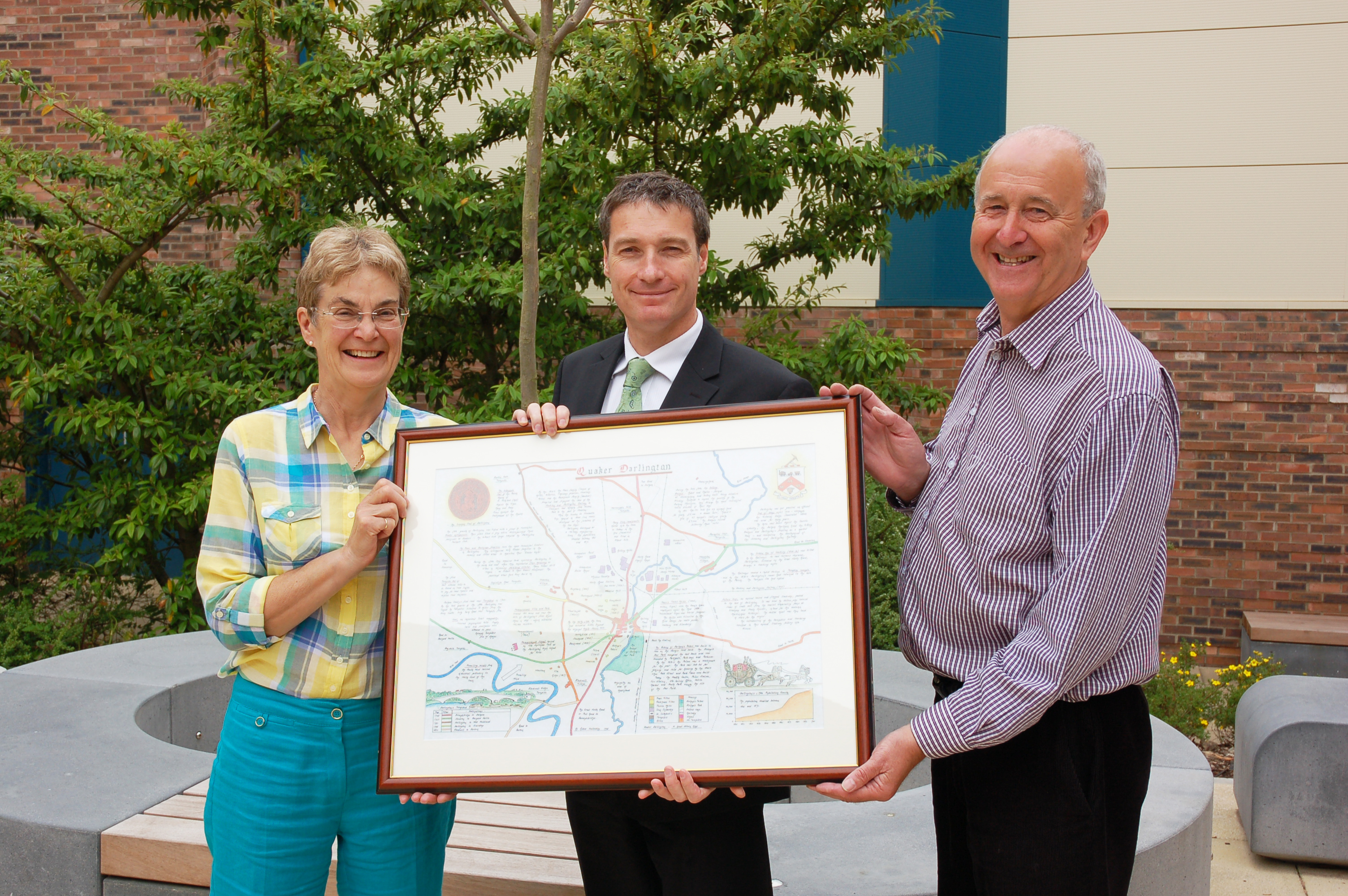 Following a very successful and well-received exhibition in Darlington Crown Street Library, two framed prints of Bob Hattersley’s unique maps have been presented to QE.  The copies of  ‘Quaker Darlington’ and ‘Darlington’s Coaching Days’ will go on show in the College for students, staff and visitors to enjoy.

Sometimes known as the ‘Map Man,’ Bob Hattersley was a pupil and William Barningham scholar at Queen Elizabeth Grammar School, the forerunner of Queen Elizabeth Sixth Form College, so it is fitting that some of his work is returned to his old school.  Bob, who died of cancer aged 61 in 2010, had a consuming interest in Geography, Geology and Local History and produced intricate and beautifully designed ‘Wainwright’ style maps which captured his interest in locations and activities in the North East.

The maps were presented to the College by Bob’s wife, Jean, to commemorate Bob’s love of his old school and his gratitude for the opportunities it gave him to go to university and to develop his love of cricket as an opening bowler for the school’s First XI.

‘The maps are absolutely fascinating. The detail is incredible and it’s a pleasure to pore over them and discover so much about the history of Darlington. This year is the 450th anniversary of the founding of the College and Bob’s maps very much fit in with our increased interest in the history of the town. We are extremely pleased to have the maps in College and will display them with pride.’

As well as creating maps as a hobby, Bob was a dedicated and well-loved Geography teacher at Hummersknott School for all of his working life.  He was also a founder member of the folk group Fourum and a keen cricketer with Darlington Cricket Club.  His wife and friends established the Bob Hattersley Memorial Fund to support research into the kidney cancer that caused his premature death.  Copies of the maps can be purchased in aid of this charitable cause.  For further details email fourum1@tiscali.co.uk