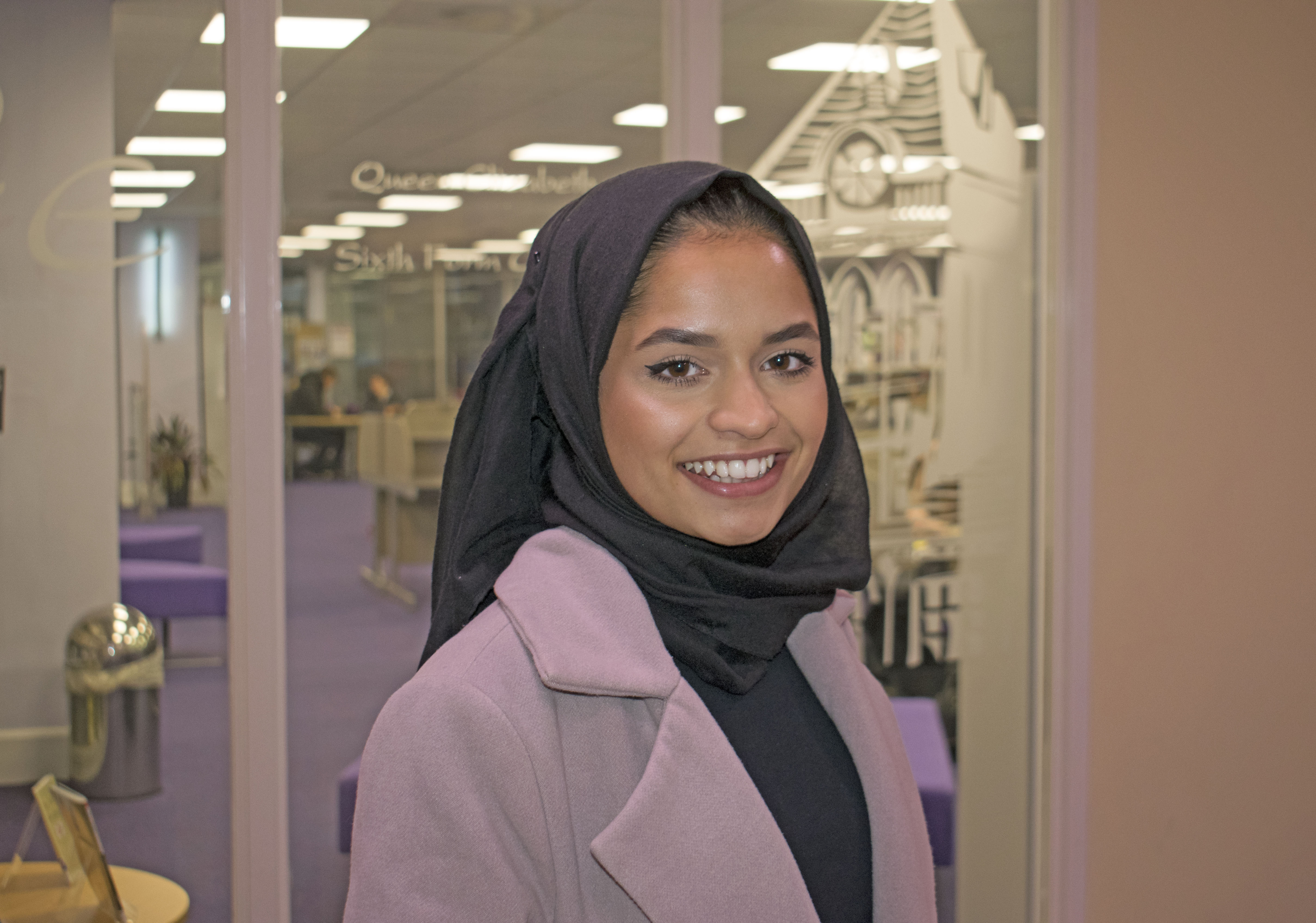 Former QE student, Sharifah Rahman, has become one of the youngest councillors in the UK after having been elected to represent the Red Hall and Lingfield ward in Darlington at the age of eighteen. A member of the Labour Party, she stood against representatives from the Conservative Party, Liberal Democrats, Green Party and an independent candidate to obtain 249 votes and win the by-election on Thursday 16th November. Throughout her campaign, Sharifah ensured that every person she would be representing was contacted at least once, mainly through door-to-door canvassing, with full support of Darlington MP, Jenny Chapman. Whilst studying her A Levels in Geography, Law and Politics at QE, Sharifah campaigned endlessly against hate crime and this determination saw her named Young Citizen of the Year at the Best of Darlington Awards in 2016. She has also become the first British Bangladeshi, Muslim woman to be elected as a councillor at Darlington Borough Council.

Describing her victory, Sharifah explains ‘I am so honoured to represent my home community and to have been elected by my ward. This is such an exciting time to support the area I love. I feel incredibly grateful and humbled’.

Tim Fisher, Principal, adds ‘Everybody at the College is so incredibly proud at what Sharifah has achieved at such a young age. Becoming a councillor at the age of eighteen is a fantastic step for what is promising to be a hugely successful and rewarding career. We wish her every success for the future’.