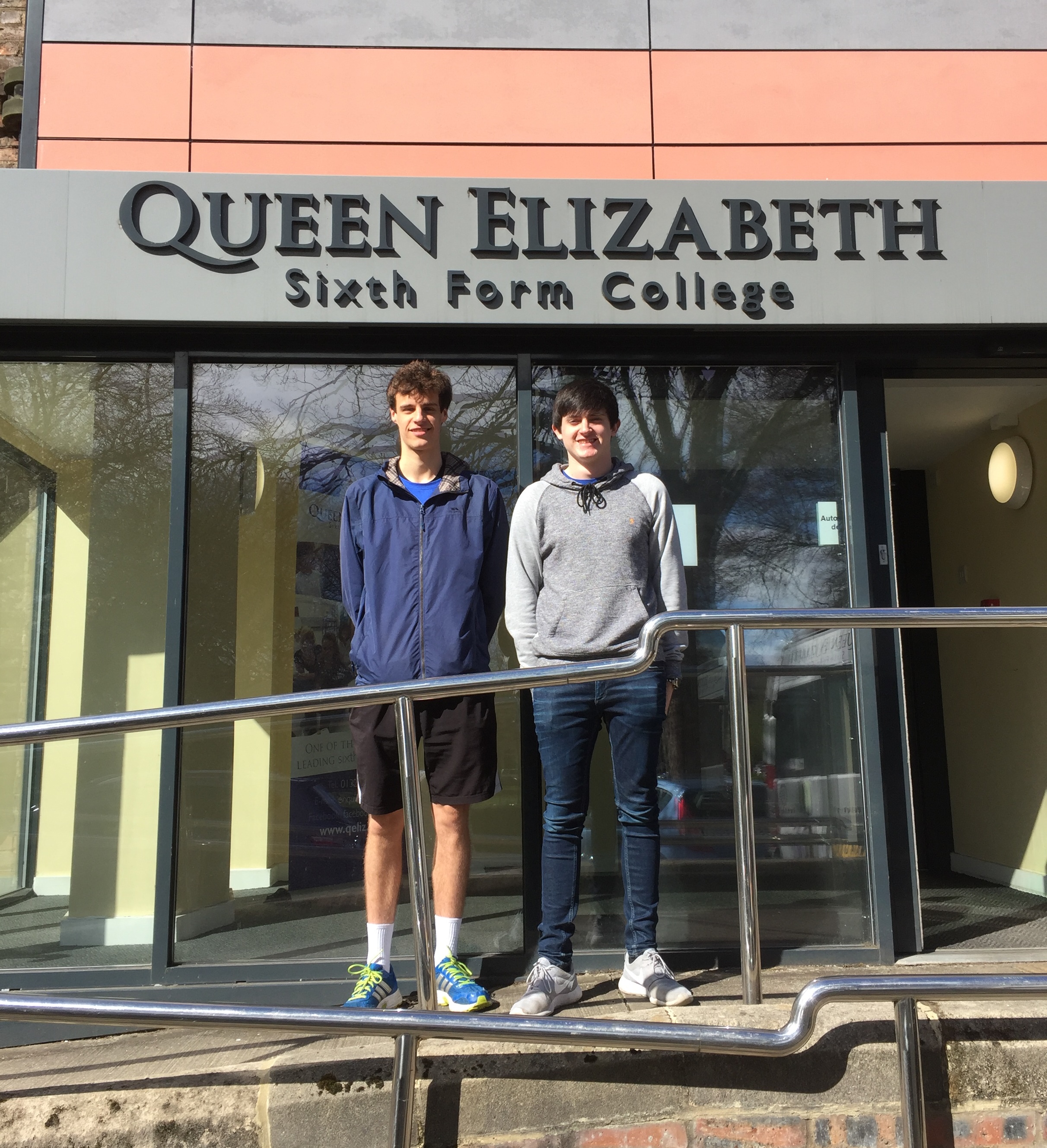 QE students successfully represented the College and the region at the 39th AoC Sport National Championships 2017 which took place over the weekend of 21-23 April, at the brand new venue of the University of Nottingham. The Championships are a celebration of competitive sport in colleges, providing recognition, enjoyment and a unique opportunity for students to compete. The competition was held over 3 days in 14 sports with over 1,800 participants from colleges across the country.

12 students from QE qualified for the finals after competing in the regional round back in November.  Each team and individual athlete then formed part of a regional team with 3 students from QE going down to Nottingham.

Andy McBride competed in the Tennis competition which introduced for this year a ‘Davis Cup’ style theme where teams competed against each other in Doubles and Singles matches. Andy commenced play on the Friday afternoon against the Eastern region.  Saturday then saw matches against the South West, Wales and Yorkshire and Humberside. In Mixed Doubles the pairing won all of their games and in the singles he won 3 games and lost 3 games. The team finished 7th overall.

Oliver Walls competed in the Squash event and he went into the competition a strong contender after finishing 2nd in the 2016 championships. He faced tough competition playing 7 games overall against colleges including Lincoln, King George V and Pontefract. In Oliver’s final game he narrowly missed out on the top spot finishing an excellent 2nd place.

James Terrill represented the region at the Cross Country event which took place around the picturesque Wollaton Park. The course was tough with a number of uphill parts.  James who had just returned from a 4-day D of E expedition finished the run in a proud 31.46mins with a respectable placing of 43rd.

A huge well done to all three competitors on their achievements over the weekend and a big thank you to Mark Scott for his support in taking the team down to Nottingham.