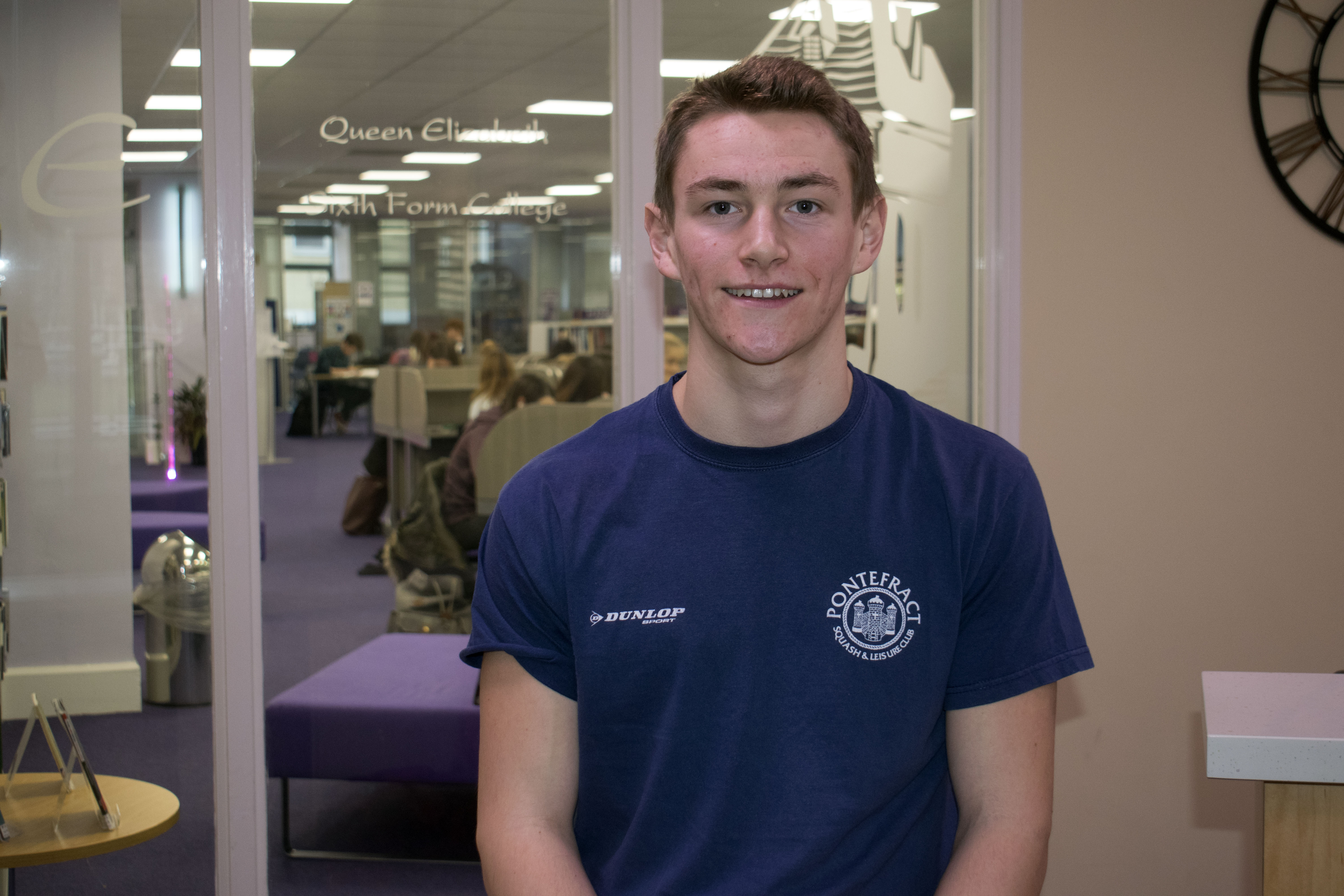 A Level student Michael Andrews from QE, has recently returned from a trip to Dublin where he was victorious in the Irish Junior Open Squash Tournament 2017, winning all three of his matches in the Boys U19 category. Michael, who is currently placed 10th in the European Squash Federation Boys U19 rankings, defeated both the number one and two seeds during the competition and has been participating in professional contests since 2011. He is hoping to continue his success when he travels to Edinburgh later this year to compete in the Scottish Junior Open 2017, again entering the Boys U19 category, and he will also take part in the British Junior Open 2018 in January. However, Michael’s main aim is to qualify for both the European team and individual squads following a selection process next year. Should he be successful, he will compete against teams from all across the continent having the opportunity to travel to some of Europe’s most popular cities.

Reflecting upon his triumph in Dublin, Michael comments: ‘I’m thrilled to have won the Irish Junior Open, it definitely made the long journey worth it. I’m now looking forward to competing in Edinburgh later this year and hopefully qualifying for the European teams’. Tim Fisher, Principal, adds: ‘What Michael has achieved so early in his sporting career is fantastic, he has the potential to be a future European and even world squash champion. We are incredibly proud of him and wish him the best of luck for his upcoming competitions’.