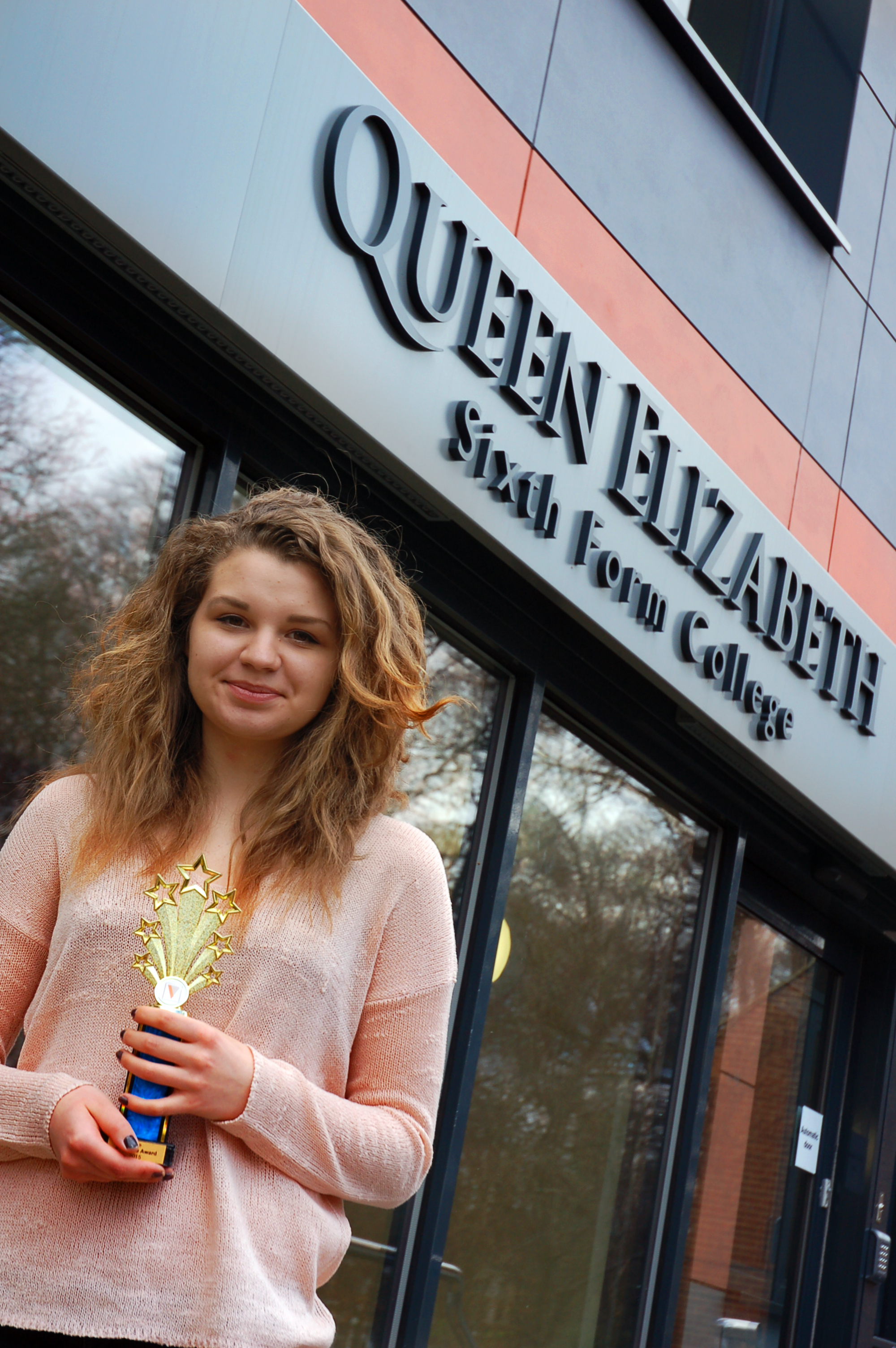 An incredibly positive young person who has overcome numerous challenges in her life, was named the overall winner at an awards evening for exceptional young people.

Kasia, 19, who is originally from Poland, is a student at QE and hopes to go on to study medicine at university. Assistant college Principal Laurence Job, who nominated the teenager, said:

‘Kasia had to overcome challenges in Poland, where she helped her mother who had a mental health condition. In addition to excelling in her college studies, Kasia also undertakes a lot of community and charity work. She is a prominent and active member of the Seventh Day Adventist Church, where she leads workshops with her guitar and translates sermons for the Polish members. Every week she raises money to provide support for people affected by natural disasters. She regularly participates in bag-packing; cake sales; table-top and car boot sales to raise money and has organised events at QE.’