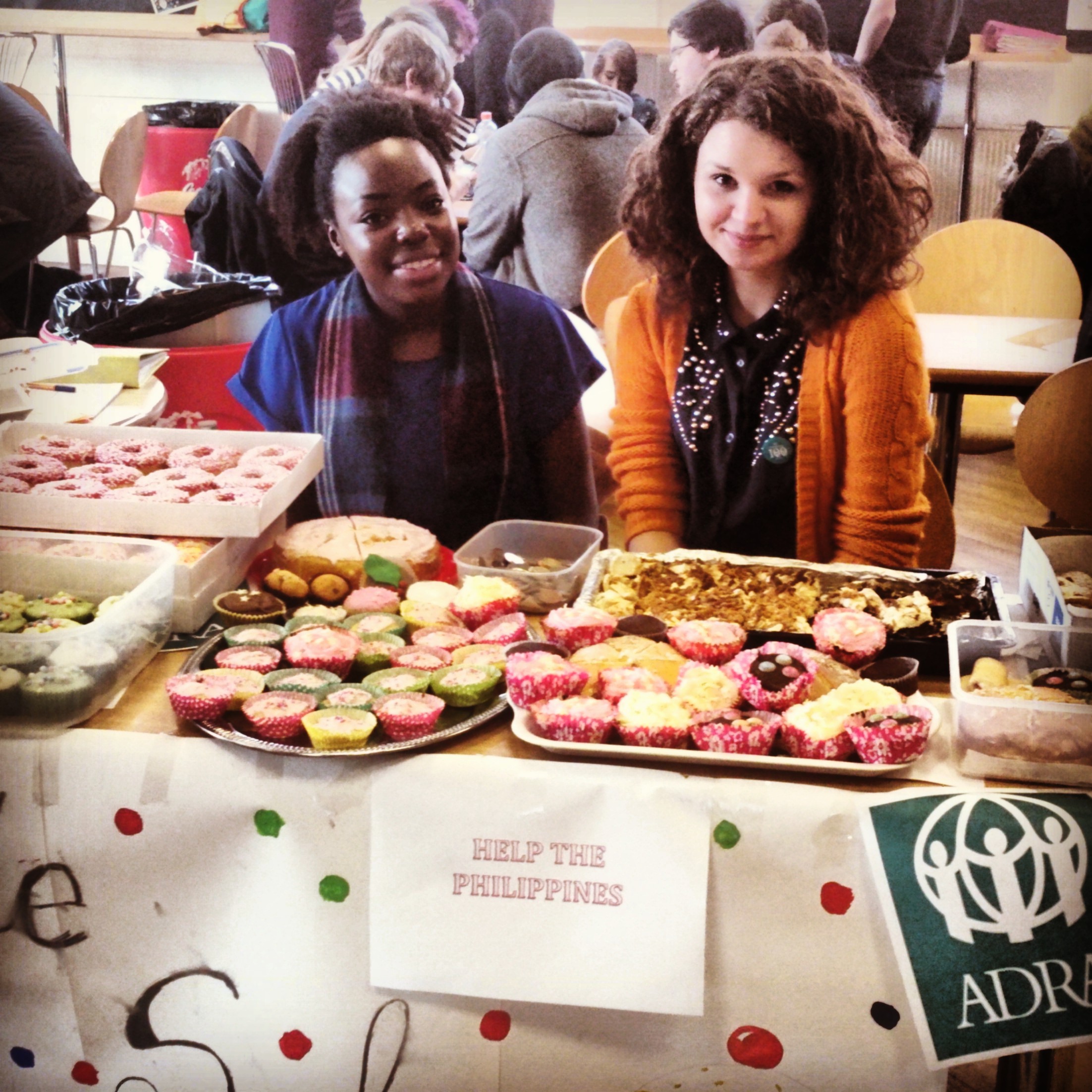 QE students raised more than £200 for victims of the Philippines disaster by holding a cake sale in the Student Common Room.

Anganile Mwanjoka and Kasia Polkoszek were touched by the plight of victims of Typhoon Haiyan and, along with their fellow students, teachers and member of their Church, the Darlington Seventh Day Adventists, baked cakes to sell in College. They also had backing from Sainsbury’s who donated 60 doughnuts to the cause.

‘The support we had from everybody was great and we were delighted that we were able to raise £212. This will go to the Adventist Development and Relief Agency which is working with the people of the Philippines. Thank you to everybody who baked and donated cakes and to all who bought them.’