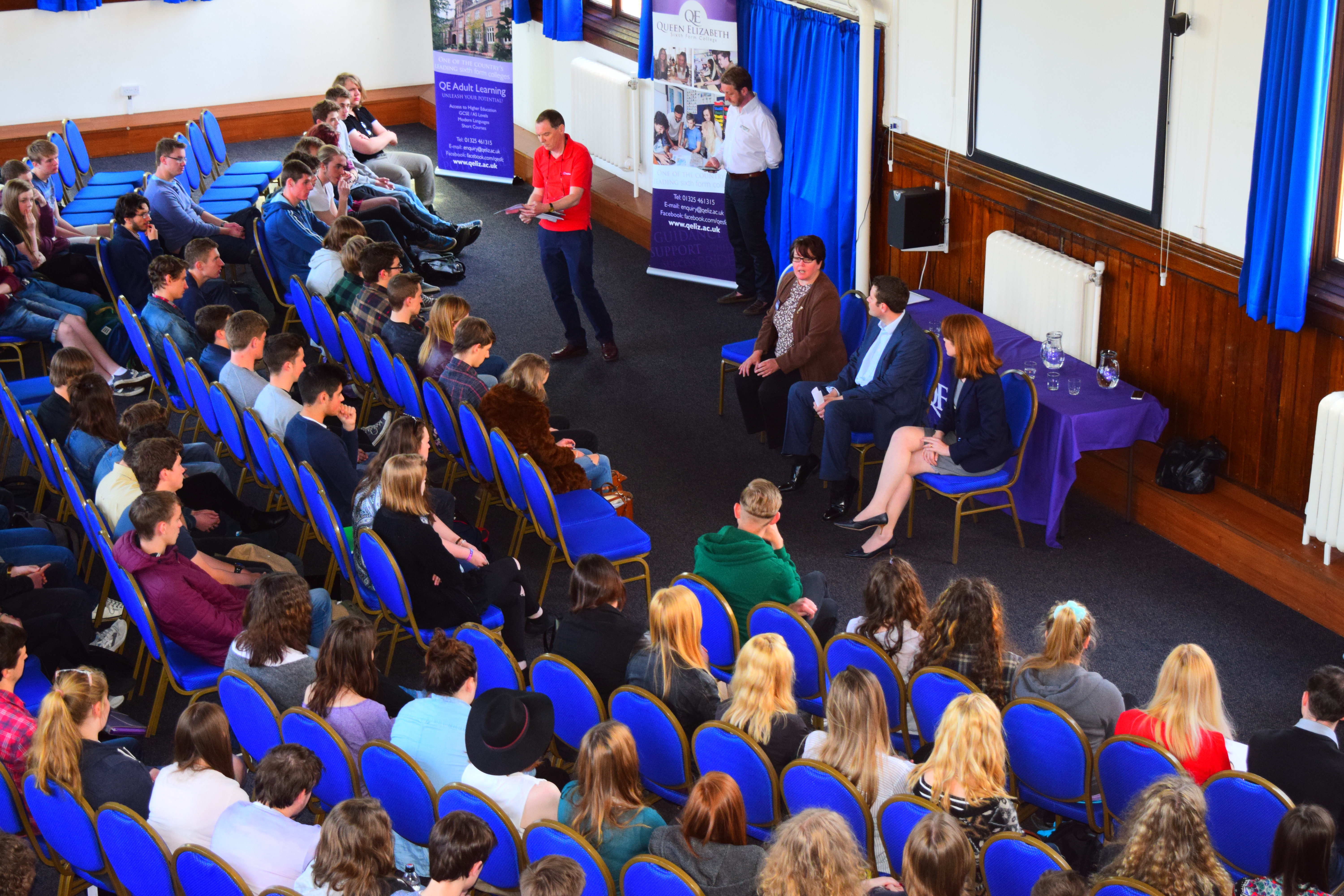 QE students got the chance to quiz Darlington’s parliamentary candidates at a hustings event in College.

About 200 students took part in the event, which was attended by the Labour party’s Jenny Chapman, Peter Cuthbertson of the Conservative party, and the Liberal Democrats’ Anne-Marie Curry.

UKIP candidate, David Hodgson, could not attend and sent his apologies.

The students, many of whom were studying A-level politics, grilled the candidates on a number of issues, including welfare, Trident, the NHS, LGBT issues and tuition fees.

All candidates agreed that more power should be given to the North-East and supported the creation of a new Tees Valley authority, although Mr Cuthbertson said he would be wary of more MPs for the area.

Women’s rights also evoked a lively discussion, with Ms Chapman telling the crowd she is “a feminist and proud of it”.

“As young women growing up in Britain today, you have never had as many opportunities as you do now,” she said.

“Do not be put off by the fear of failure – you are just as good as good as anybody else.”

Ms Curry said she believed in equality for everyone, which was a view shared by Mr Cuthbertson.

Head of politics at the college, Gary Hogg, who chaired the event, said he was extremely pleased with the turn out and the enthusiasm shown by the students.

On election night, 21 A-level politics students will be working at the count in Darlington.

The college will also be holding their own elections to see what kind of government the students would have chosen.