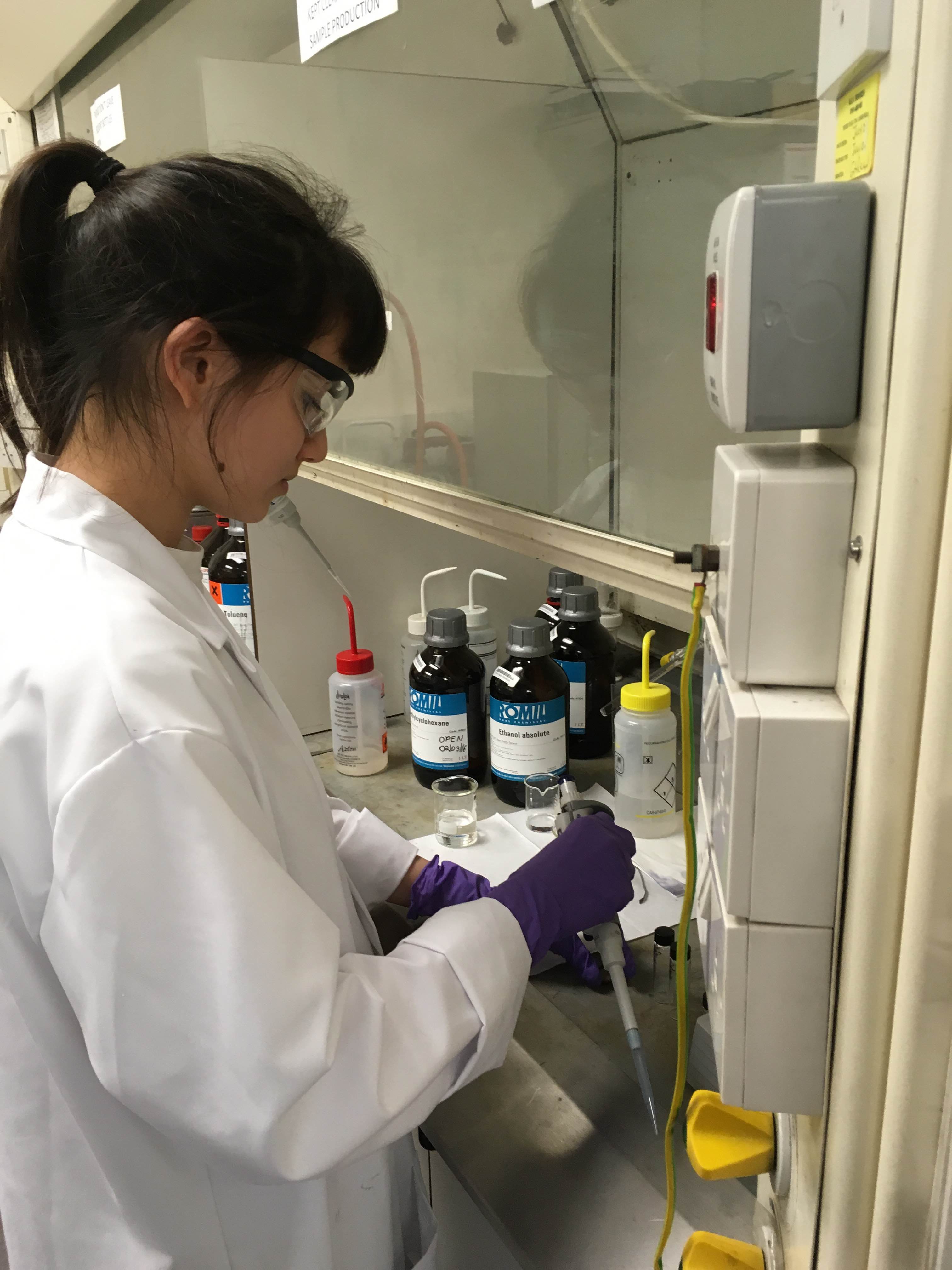 QE student Chantal Goulder has been identified as one of the best young scientists in the country. As such, she has been invited to attend the national finals of The Big Bang UK Young Scientists & Engineers Competition on 14 – 16 March 2017 at the NEC Birmingham.

The organisers of the competition were incredibly impressed with her project ‘Investigating charge-transfer states in organic donor-acceptor molecules’ which she submitted during the summer holidays as part of her five week Nuffield placement at Durham University.

This year, the Big Bang team received a record number of entries and the standard was extremely high. Chantal’s project was scored by expert judges and they provided the following feedback on her work:

“The theory behind this project (CT states and OLEDs) is particularly hard and the ability of the young scientist to understand it is really remarkable, and this can be clearly understood by the report which provides a detailed but clear explanation of the various concepts. The results really guide the reader through the comprehension and the understanding of the project’s outcomes.”

Chantal will now present her project at the national finals to the judges and members of the public. Chantal comments, “It is a privilege to have been selected to take part in this national celebration of young scientists and engineers. I am particularly looking forward to seeing the projects that students from across the country have been working on, and talking to them as well as the general public about my own work.”

Chantal has been offered a place to read Natural Sciences at Cambridge University next year and, in her first year at QE, she achieved all A grades in her AS levels in Biology, Chemistry, Maths and Physics.

QE’s Vice Principal Laurence Job says, “We are exceptionally proud of Chantal’s success in being selected for the national finals of The Big Bang competition and securing an offer from Cambridge University; two outstanding achievements. Chantal is a first rate scientist with a wonderful future ahead of her. Very well done to her.”