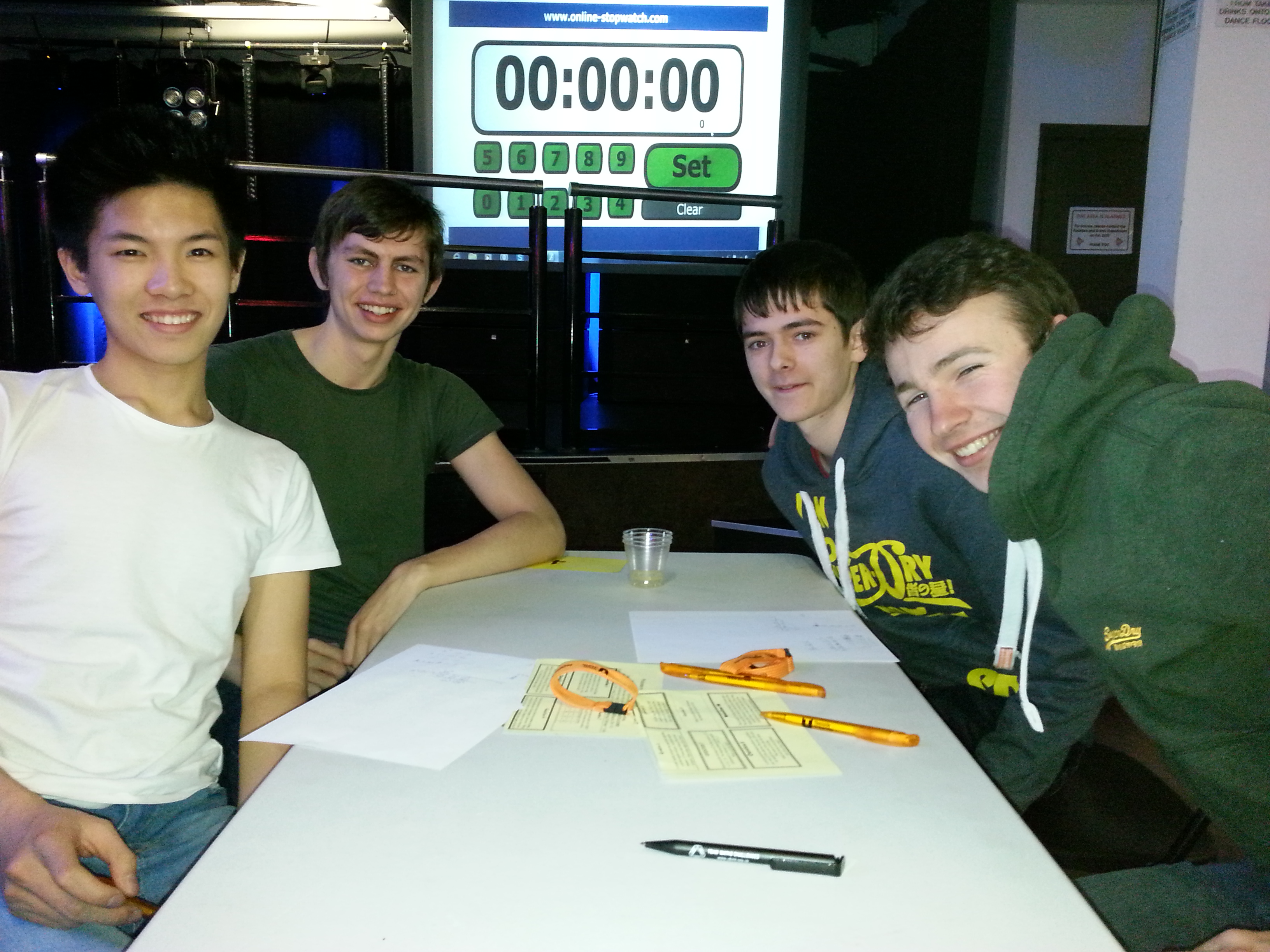 Each year the UK Mathematics Trust holds the Senior Team Maths Challenge which tests mathematical dexterity, team working, and communication skills. It gives talented maths students the opportunity to compete against students from other schools and colleges in their region. Each school or college is invited to enter a team of four students in a regional final.

This year Queen Elizabeth Sixth Form College, Darlington entered the Durham and Tees Valley competition at Teesside University. The team was made up of first year students, Wesley Chow and Joe Wall, along with second year students Ben Donaldson and Cameron Grove. Prior to the competition the students got together at lunchtimes to work through practice materials and decide how best to work as a team in the competition.

“Teams from twenty-one schools and colleges in our region competed against each other. The QE team performed extremely well and scored highly in each of the three rounds which included a group competition, cross-number and a mathematical relay race. At the end of the competition the team was absolutely delighted when it was announced that they had won first place. Wes, Joe, Ben and Cameron were presented with winners’ certificates but the real thrill was knowing that they had secured a place in the National Final which will take place in London in February.