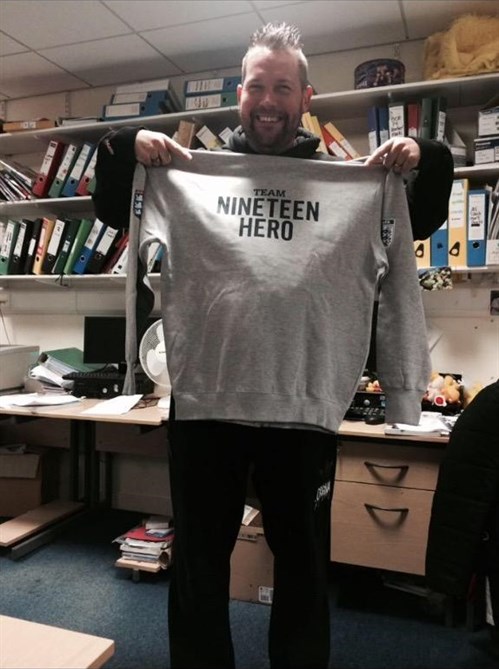 QE’s Sports’ Development Co-ordinator, Paul Carroll, has had his achievements acknowledged by the Association of Colleges’   and Paul is now part of their Sport Team Nineteen Programme – Hall of Heroes.

This is in recognition of Paul’s work at QE in developing recreational football with the support of the Student Sport Management Team.

“Team Nineteen is a football initiative aimed at involving more students in football. With Team Nineteen, as well as playing, students are encouraged to referee and act as administrators for the leagues, creating league tables, fixtures and top goal-scorers charts.

Futsal at QE is pivotal in Team Nineteen and the College’s leagues give students something new to take part in as opposed to conventional 5 v 5 games.  The popularity of the leagues grew because of this – so much that there are now two leagues over two lunch times with 30-40 students playing in each.

QE football is excellent for both team and recreational players with a dedicated team of staff and superb support from the Student Sport Management Team. I am proud to be part of it.’