Teammates face off in varsity game 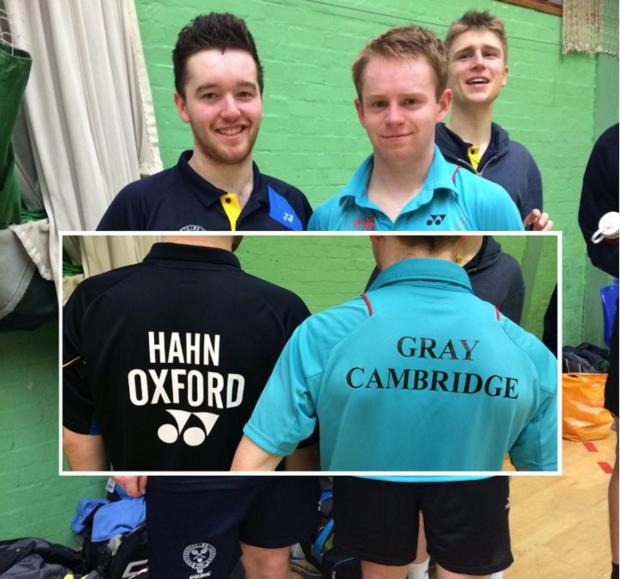 Two teammates at Darlington’s Hummersknott Badminton Club have faced each other in the opposing colours of Oxford and Cambridge Universities.

Michael Hahn and Tom Gray are both former pupils at the town’s Hummersknott and QE.

Michael ended up on the winning side as Oxford went on to win by quite a large margin, despite there being a number of close games.

He said: “Tom and I are possibly the only example of two opposing players who have played at the same school club for so long, and who continue regularly to play together.

“When we are back in Darlington over the Easter holidays we will continue to play  doubles together for the Hummersknott team.

Tom added “I continued with badminton at Cambridge and this year succeeded in making the first team. With guidance, opportunities for regular play entirely for free) and the inspiring setting of international tours, I believe that young Hummersknott people can go out to achieve a lot”.

Laurence Job, assistant principal of Queen Elizabeth Sixth Form College, added: “It is wonderful to see two ex-QE students play in the Varsity Badminton match. Even though they were on opposing sides, I am sure Michael and Tom remained friends and played in the true spirit of the match!”