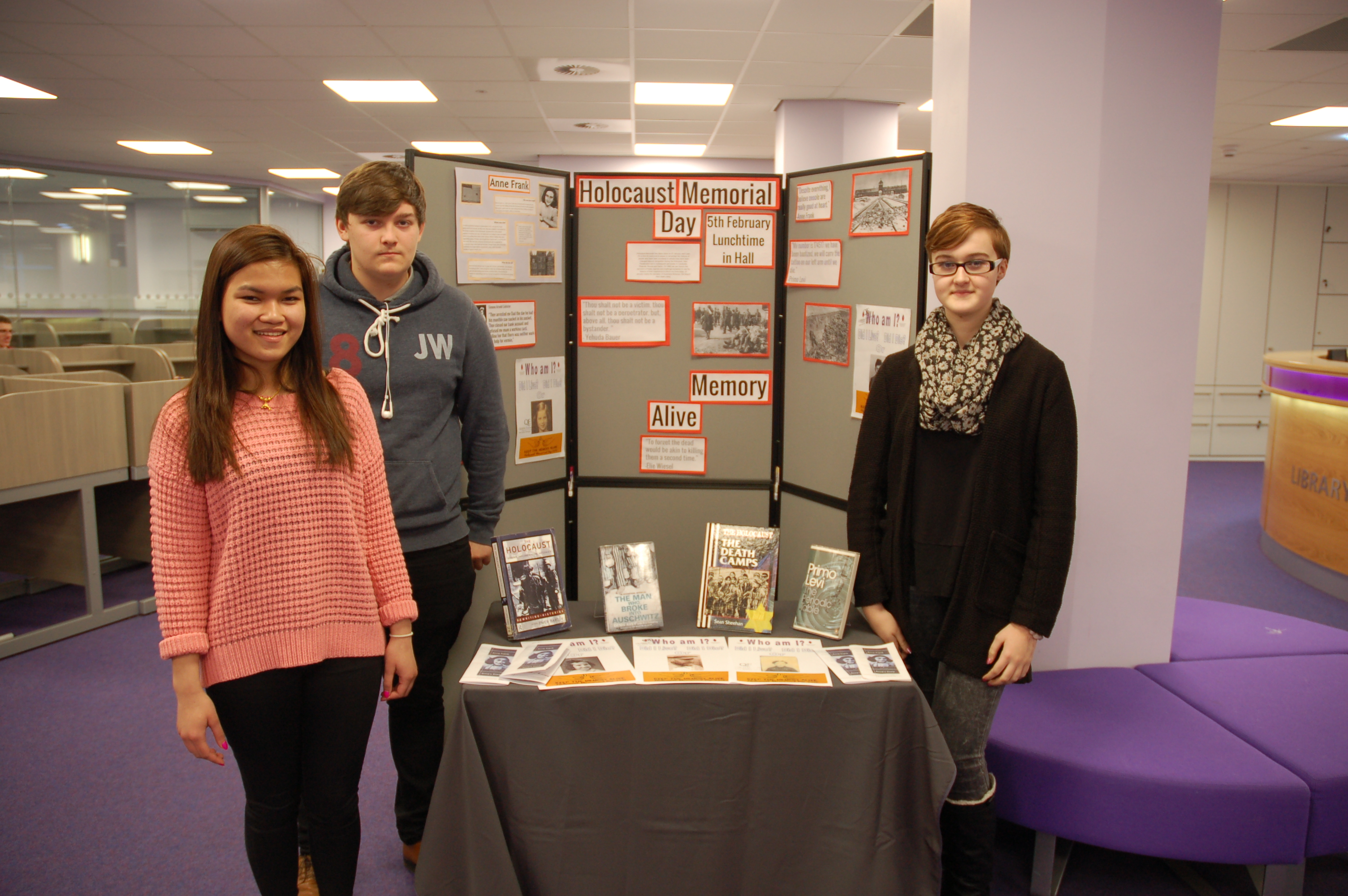 Seventy years after the liberation of Auschwitz,  students at QE organised a range of activities to  highlight the horrors of the Holocaust, to  raise awareness  of  man’s inhumanity to man and to encourage tolerance and respect of others.

Citizenship students staged a poster campaign in College about the suffering of  prisoners in concentration camps and held their own Holocaust Memorial Day. The Memorial Day provided an opportunity for everyone to learn lessons from the Holocaust and apply them to the present day to create a safer, better future. It was a time for students to pause, to remember the millions of people who were murdered or whose lives were changed beyond recognition during the Holocaust  and in subsequent genocides in Cambodia, Bosnia, Rwanda and Darfur.

In addition, this month’s QE History Club focussed on the Holocaust with four second year students – Max Goodall, Jacob Smith, Josh Wakeford and Jack Wray – talking about their involvement in the Lessons from Auschwitz Project  where they visited the infamous concentration camp in Poland and met representatives of the Jewish community, including a Holocaust survivor.  Their presentation was poignant, making a real impact on other students.

‘It is important that the Holocaust is not forgotten, that we all learn from the past and are tolerant of others no matter what their beliefs or faith. The planning and organisation of the Memorial Day was a valuable learning experience.’