Home » Latest News » The Next Beatles? 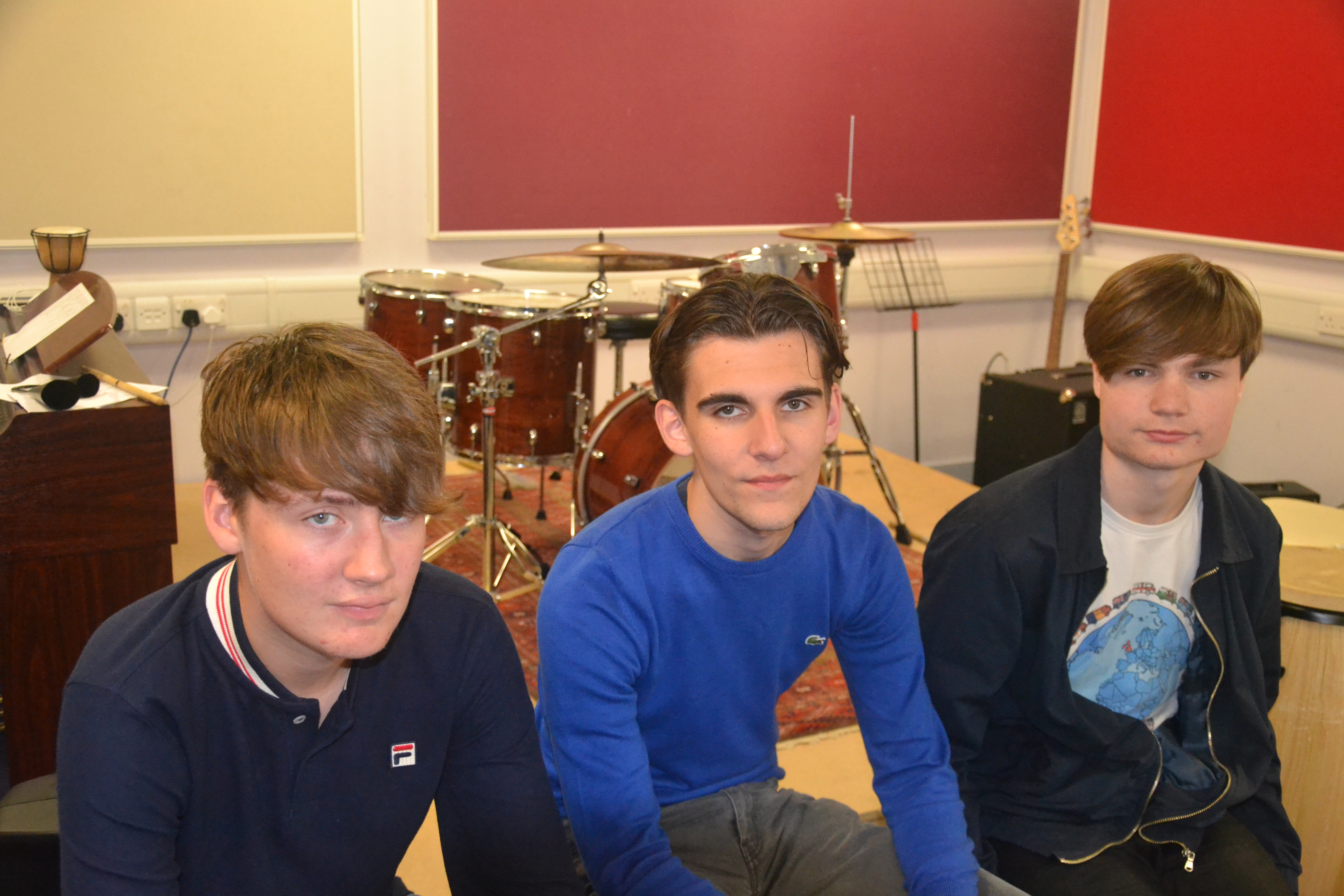 A group of students from QE has caused a sensation in Darlington’s twin town of Mulheim in Germany. Going by the name of The Circus Villains, their debut concert was compared by the local press to that of The Beatles when they played Hamburg in the 1960s!

They were invited by Darlington’s Town Twinning organisers to visit Mulheim and perform at the town’s Kulture Club Music Festival in September as part of Darlington’s youth exchange programme.

Drummer Bob Mackenzie, 17 says “It was a wonderful experience to visit Mulheim and be involved with the Town Twinning Programme” and that they would “love to return”.

Alongside Bob are Matthew Fisher, 18 and Luke Taylor who both play guitar and share vocals. They all study Popular Music as well as other A levels at QE and are hoping to work in the music industry when they graduate.

The Circus Villains, who have been together for just a year, describe their music as alternative rock and say they are influenced by The Beatles. They write and perform their own material and have a single release at the end of October, with an EP to follow by the end of the year.

Music is very much at the forefront of life at QE; the College’s Rock Choir won Darlington’s Choir of the Year; there is an annual “Battle of the Bands” competition every December and various music groups, ensembles and orchestras perform.

Vice Principal, Laurence Job says about The Circus Villains: “QE is really proud to have such fantastic, talented, committed students who clearly have a brilliant future ahead of them in the music industry”.