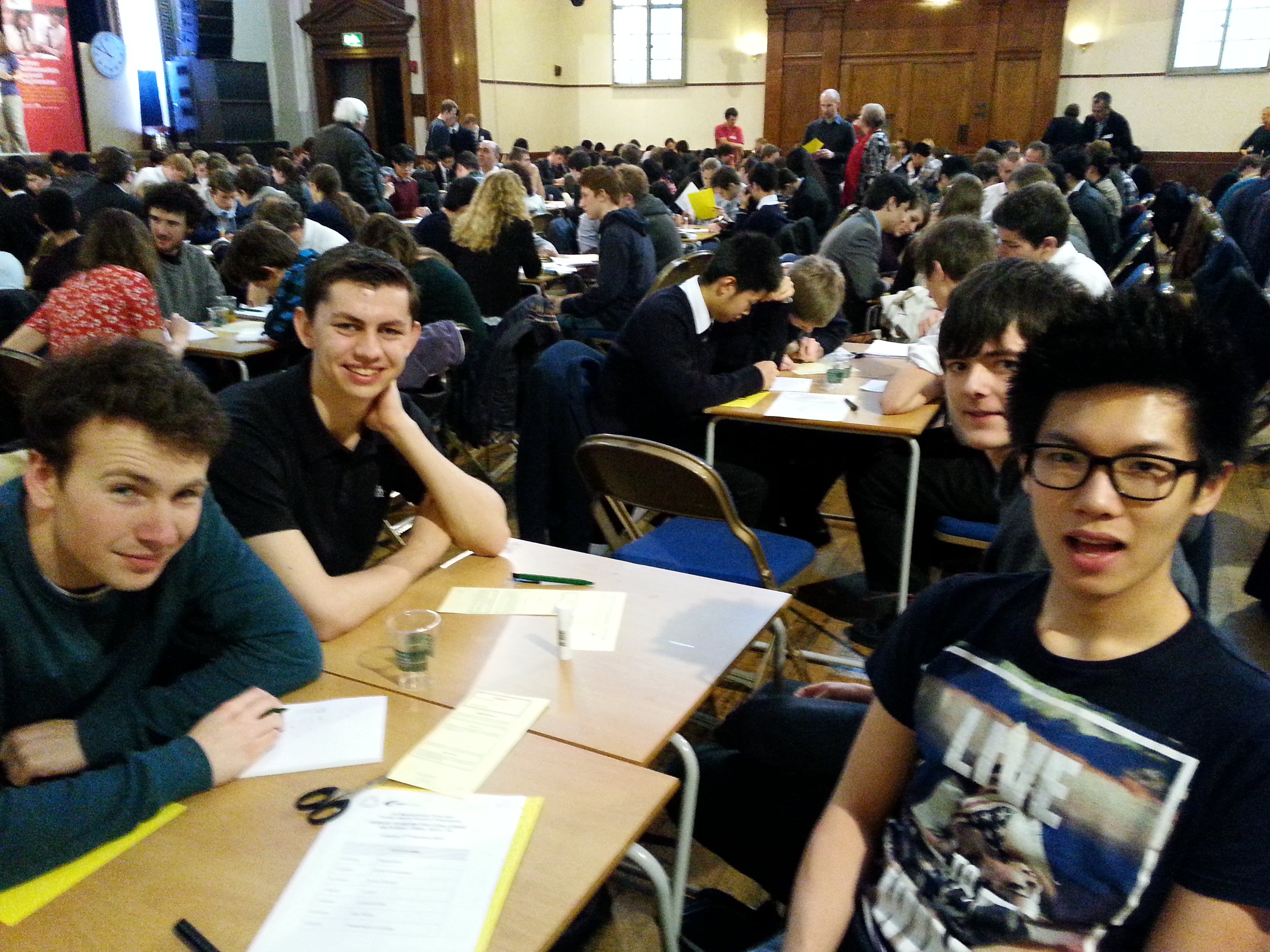 Back in November, four of QE’s best Maths students won the Durham & Tees Valley Regional Final of the UK Senior Team Maths Challenge – an annual competition run by the UK Mathematics Trust and the Further Maths Support Programme. Wes Chow, Joe Wall, Ben Donaldson and Cameron Grove beat twenty other schools and colleges to go through to the National Final which recently took place at the Camden Centre in London.

In the Final, Wes, Joe, Ben and Cameron competed against 59 other teams from all over the UK, each of which had won one of the other Regional Finals and included many teams from prestigious public schools such as Eton and Harrow. The Finalists’ challenges included answering ten difficult questions as a group, completing a mathematical crossnumber working in pairs and a mathematical relay race against the clock. The QE team managed to achieve an extremely impressive 14th place, having scored highly in all three rounds.

“All of the students thoroughly enjoyed the trip to London and performed brilliantly in the National Final. It was a great experience for them and they did QE proud. To finish in the top 25% was a tremendous achievement.”