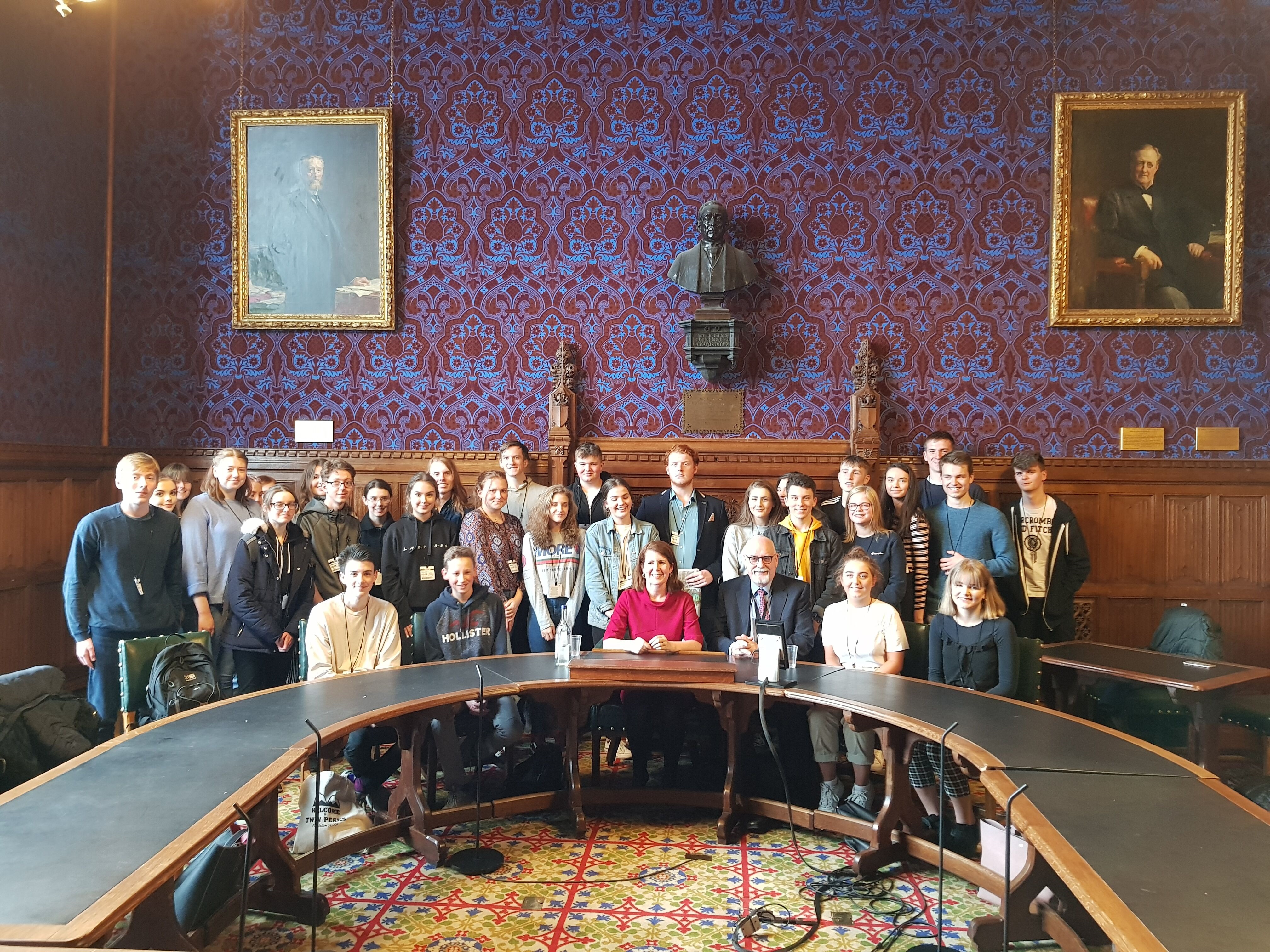 A Level Politics students from QE have been inspired by the department’s annual tour of Parliament. The day began with a Q&A session with Darlington’s MP, Jenny Chapman, who the students questioned on a range of contemporary issues including Brexit and the Labour Party’s stance on the Customs Union. They also had the opportunity to meet former Labour General Secretary, Lord Sawyer of Darlington, who provided a valuable insight into the way in which the House of Lords has challenged the Government’s EU Withdrawal Bill. Following this, the group visited Parliament Square and saw the newly unveiled statue of suffragist, Millicent Fawcett, before partaking in a tour of both the House of Commons and the House of Lords. In the House of Commons, the students were able to sit in the Strangers’ Gallery and watch part of a debate concerning the Windrush situation. Finally, the day concluded with a workshop on representative democracy provided by the Parliament’s Education Service.

Reflecting on the day’s activities, student Emmeline Brown comments: ‘I enjoyed seeing the reality of the work that happens in Parliament. It was a fun experience recognising familiar faces and identifying different MPs’. Carla Creaser was similarly positive about the trip, adding: ‘I really liked how informative the trip was and how it was executed in an enjoyable and engaging manner’. Dom McArdle, teacher of Politics at QESFC, concludes: ‘The students thoroughly appreciated their day, meeting Lord Sawyer and Jenny Chapman MP, and observing the Houses in action. They impressed parliamentary staff with their knowledge and enthusiasm, and watching the debate on the Windrush situation really brought the subject to life’.