Triumph at the Darlington Vibe Awards for QE Students 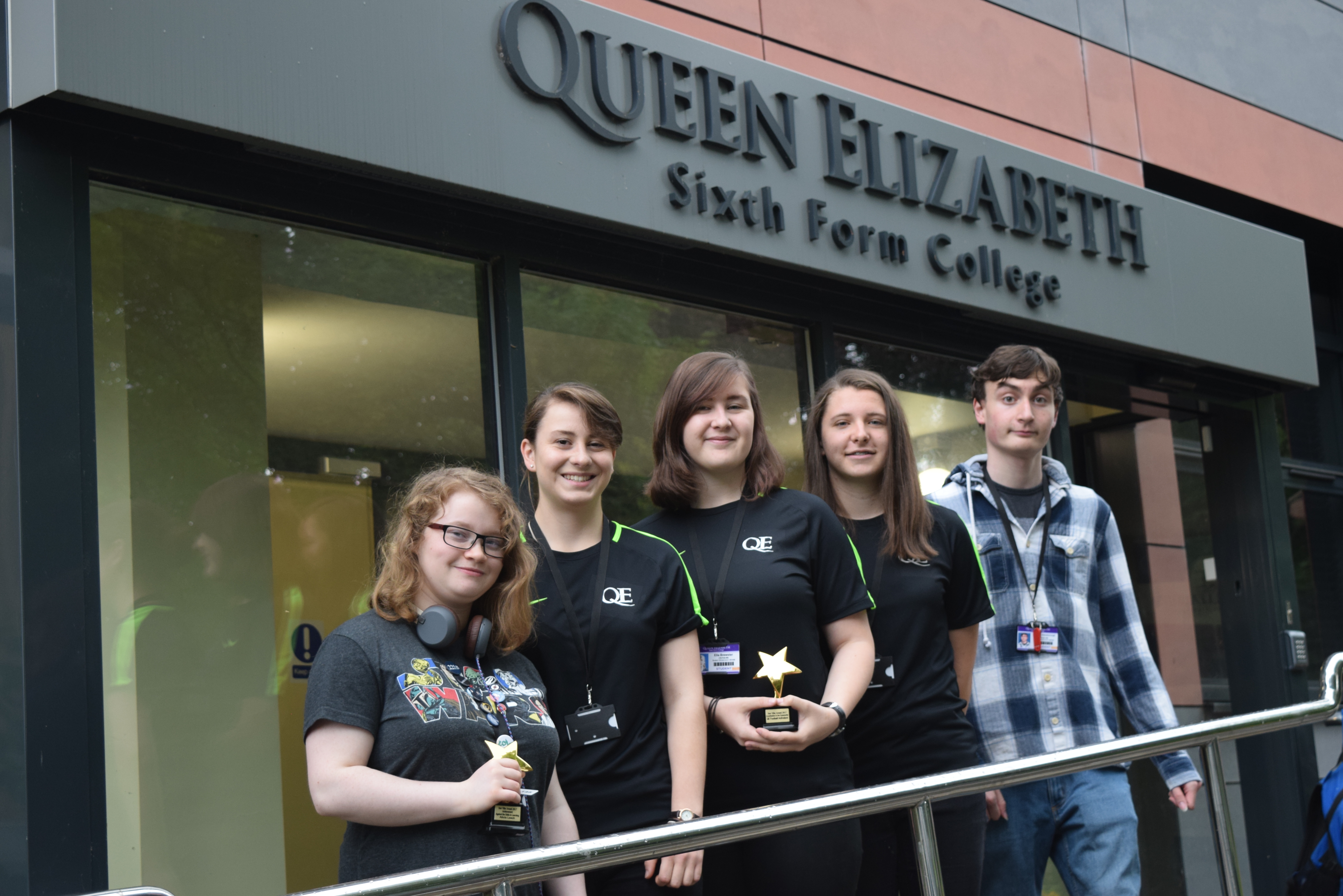 QE students have been honoured at the Darlington Vibe Awards for their contribution to the Arts, Community and in Achievements against the odds in learning.

For the category of ‘Achievements against the odds in Learning, Alycia Leach achieved both a Vibe Award and a Star Vibe Trophy and has already won the ‘Exceptional student’ category at the Best of Darlington Awards this year. Alycia has struggled with spinal problems and missed a lot of Year 10 due to extensive appointments at Great Ormand Street Hospital. She gained excellent AS results in her first year of QE and has won a place to read History at Cambridge University. She has shown great determination in over-coming adversity, and is a very worthy winner.

Circus Villains won Vibe Awards for their Contribution to the Arts. Circus Villains is a Darlington based band on the verge of national success. Three of the band – Matty Fisher, Luke Taylor and Bob McKenzie met on the Popular Music course at QE. They went on to recruit Daniel Skillbeck and soon started to play professionally around town and venues such as The Forum and Voodoo Café. The band write, record, release their own material, and have played dozens of gigs across the North East. They have done so much already to promote the Arts in Darlington and beyond and thoroughly deserve their awards.

The QE Female Football Activators, Lauren Naisbitt, Lauren Kent, Laura Summers and Ella Brewster all received a Vibe Award and a Star Vibe trophy for their category of Contribution to the Community. The students have been at the heart of a Darlington and nationwide initiative to increase opportunities for primary school girls to play football. The SSE Wildcats Girls’ Football club opened at QE in conjunction with Darlington Football Development Hub, a collaboration between QE and Darlington Spraire Lads and Lasses FC in March 2017. The students have been invaluable in assisting in bids and selection processes, marketing and promoting the programme and coaching the sessions. They are tremendous role models to the young players and outstanding young leaders. They give up their time volunteering for Wildcats alongside their A level studies. All four students are exceptional QE students and worthy winners.

A previous Vibe Award winner, Jonathan Raiseborough also attended the celebration evening. He was invited to the stage to explain how much his life had changed since last year. He is now working with Peter Barron as an illustrator on his new children’s book ‘Snowdrop The Spikeshuffler’, alongside completing his Foundation Art course at QE. Peter met Jonathan at the Vibe awards and they soon saw the potential to work together on this new project. This is the start of a wonderful career for Jonathan and it seems achieving a Vibe Award helped him along the way.

Lisa Bates, Assistant Principal, comments, “QE students have excelled at the Vibe Awards this year. We are all incredibly proud of them; they thoroughly deserve the recognition for their hard work and dedication in each of their respective categories.”