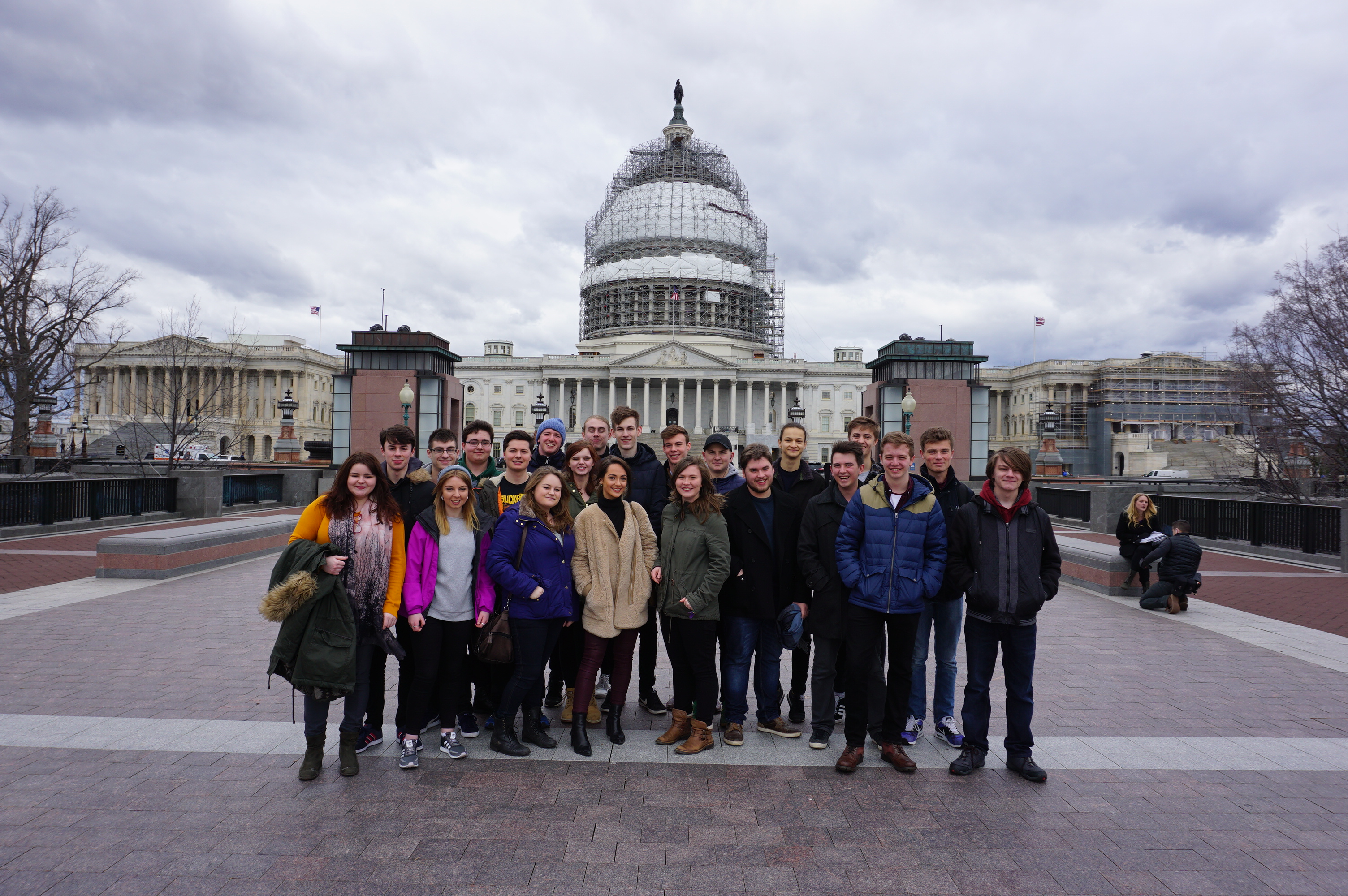 Twenty-two QE students gained a first-hand insight into the American political system on a week-long trip to Washington DC.

The A Level Politics students  toured the Capitol building, the Supreme Court and were in the viewing gallery of the Senate to hear Senator Sherrod Brown attack Republicans about how they weren’t  “doing their job” by  not confirming Supreme Court nominations.  All students found this fascinating as it is relevant to their current Politics module. The group  also visited the United States Holocaust Memorial Museum, the Washington Monument, the National Air and Space museum and the  Library of Congress where they saw the  ‘Pointing their Pens’ exhibition in  tribute to the works of the Washington Post cartoonist Herblock. In addition, the students had the opportunity to put questions to key Washington lobbyists from the National Abortion Federation and Common Cause.

‘I and many students were blown away by the classical Greek Architecture of the Supreme Court but the highlight for me was definitely watching Senator Sherrod Brown from Ohio speaking in the Senate. This made me realise how important the constitution is in American culture and our tour around the Supreme Court reinforced this. The whole trip was compelling and extremely informative.’