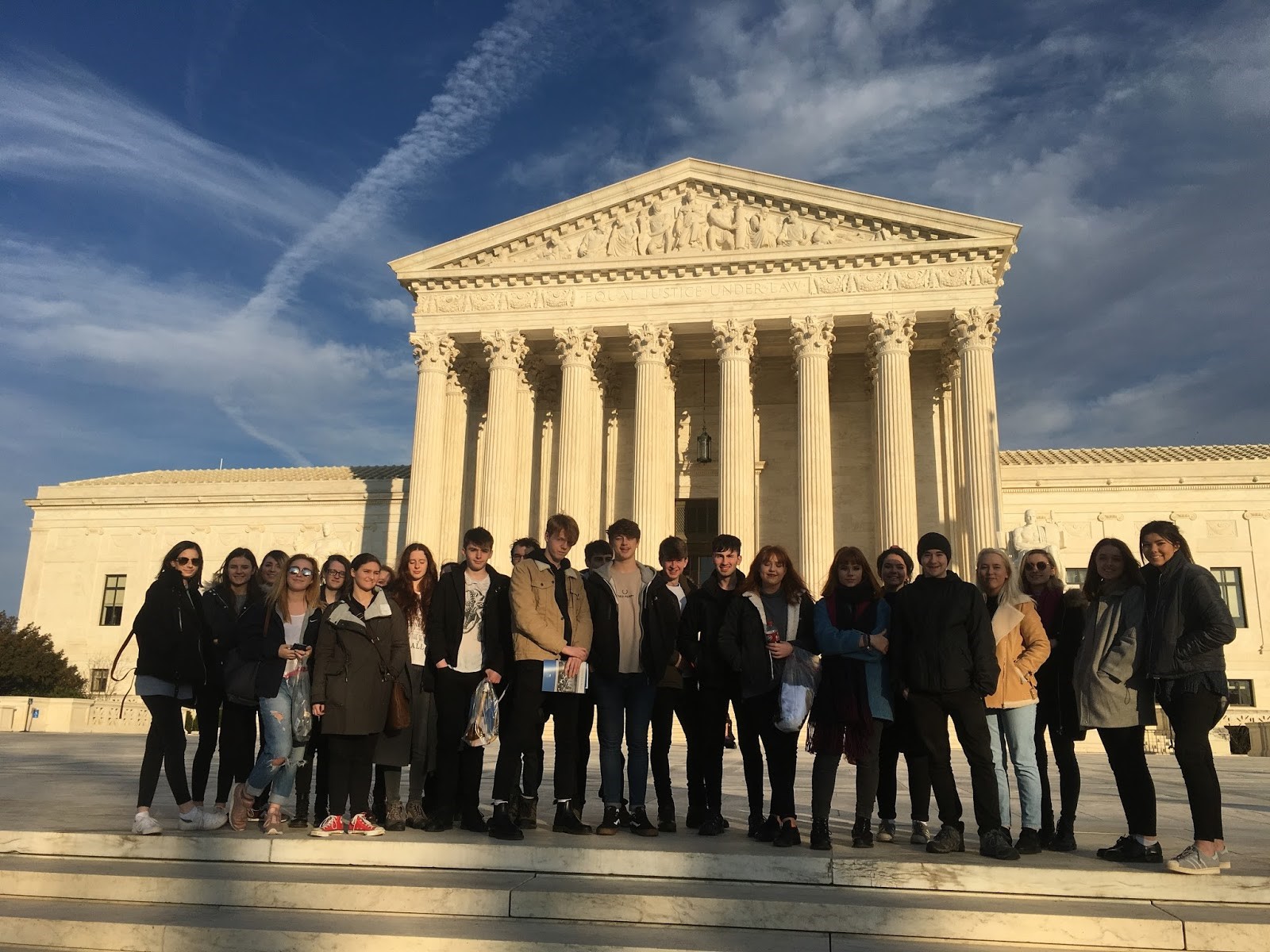 At the beginning of February this year, twenty-four Politics students from Queen Elizabeth Sixth Form College travelled to Washington DC for a trip of a lifetime to visit places and people at the heart of their A level study.

“Soon after President Donald Trump’s inauguration, twenty-four QE students were lucky enough to go on a college trip to Washington. Shortly after arriving, we took a quick walk down to the White House and surprisingly, the Presidential cars drove past and we actually saw a glimpse of Donald Trump! Throughout the week we saw the political sights of Washington, including listening to bills being debated and passed in the Senate and the House of Representatives, and we even got to meet with important pressure groups such as the National Abortion Federation and Common Cause to learn more about the political activities of the capital of America. Furthermore, we saw a lot of American History during our 43 miles of walking as we saw the Washington Monument, Lincoln Memorial and many of the important historical monuments to Presidents and 20th century events to get an insight into the short but hectic history of the US. Throughout the trip we embraced American lifestyle by frequently taking the underground metro and going to classic American burger joints. Overall, it was an excellent trip.”

Students were able to spot famous political faces while on the visit, including Speaker of the House of Representatives, Paul Ryan. They were also able to benefit from having exclusive access to leading pressure group personnel, gaining insights into the workings of the US political system that will be invaluable when it comes to their summer exams.

Staying in the heart of the political capital’s Foggy Bottom area, students could also live like Washingtonians, visiting local bookstores and eating locally too.  It was also a chance to learn more about American history and culture, visiting the Museum of American History, the Air and Space Museum and the National Holocaust Museum.

Second year student Nadia Bellas said, “the best part of the trip was talking to the people who ran the pressure groups [Common Cause and National Abortion Federation]. It was really enlightening to talk to the people who are doing the things we are studying”.  Mia Palleschi added, “My favourite part was being in the Senate and the House of Representatives.  They were talking about and making decisions about the things we’re looking at in class.”